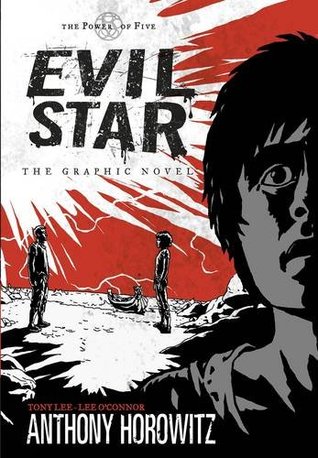 -2 stars for the art and -1 for characters/story.

Maybe it has been too long, maybe I got too old for this story, but I just was shaking my head so much while reading this book. They meet someone who they were meant to find, but don’t know him or don’t even cheer/look like they recognize his name. Sure, they just had a hell of a night, but it was just a bit silly.
Add to that, the whole monster of the book part (this is a reference to this: http://tvtropes.org/pmwiki/pmwiki.php/Main/MonsterOfTheWeek) just got silly and boring. Add to that over the top violence, deaths and strangeness.
I also don’t mind Spanish in my books, but please give me a translation. I just gave up Google Translating the stuff, and that is a shame. I didn’t get most of what Pedro said. 🙁 Not everyone learns Spanish in schools, you guys. Here, you don’t. I took a small course several years ago, but most of it has gone to the lurking depths of my brains. So yeah, it is a shame.

And that was also a problem. I don’t mind gore or violence that much, but it was just too much in this book. Bullets, accidents, fires, knives, murders, everyone just dies in such a gruesome way that it was just too much for me. It just made me think that the writer just wrote them for the sake of it, or for getting more kids to like the books.

The dream sequences were just silly and meh. Especially considering the situations these guys were in.

I also got really tired of Matt’s and Pedro’s whining and complaining. Yes, it sucks that you are the chosen one, yes it sucks you have to do it. But come on guys, do you need to complain all the time? Can’t you for once try to actually be awesome? Maybe that is too much to ask of children.

Also kind of weird that they had to go to a specialist for the lines, while I would expect those Incans to know about such stuff.

The art, the art is so ugly and hideous. At times it just looks drawn in a hurry, quick quick, but other times it is just so detailed it gets ugly. People look like zombies, people look like pandas, people don’t even look like people any more. There is sadly no real balance in this book. It is either overly simple or it is overly detailed to make it ugly.
And since (for me at least) the art is the most important in a graphic novel, I am deducting 2 stars for it.

Will I be reading the other graphic novels if I see them? Probably not.

Would I recommend this book/graphic novel. No. No I wouldn’t. Unless you like the art style, don’t mind overdone gruesome deaths, whiny protagonists, monster of the book stuff.