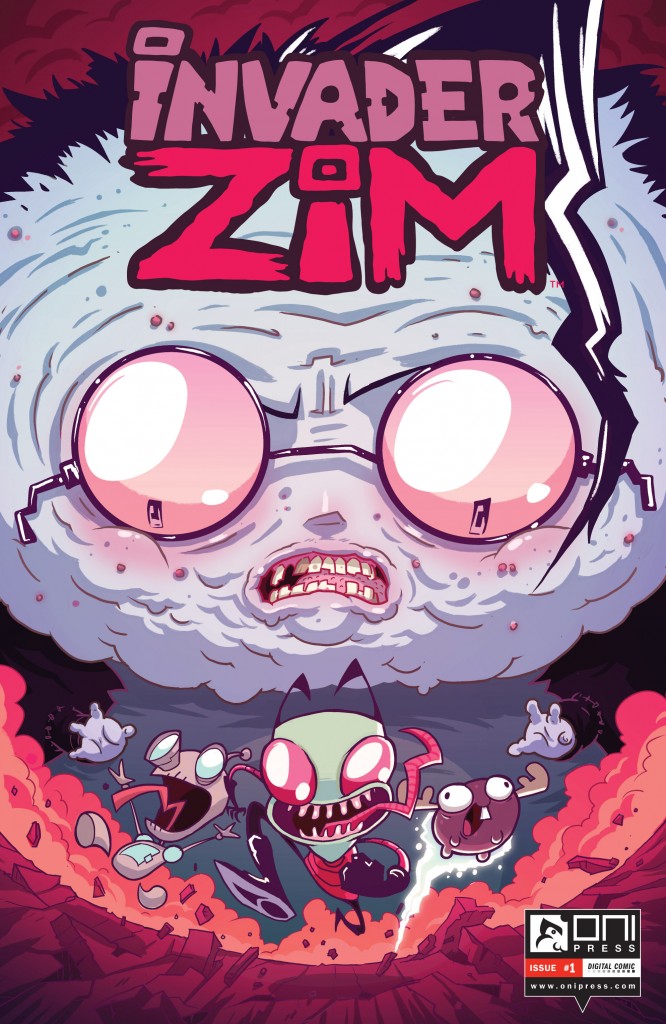 Note: I haven’t seen all of the Invader Zim show. (I got turned away from watching them on TV here, because they were horrendously Dutch dubbed. shivers)

But I know the gist and Zim was a favourite character for quite some time, even with me not watching the show. Also even if I didn’t this comic starts off with a hyperactive kid telling us what has happened so far, who Zim is, who Dib is and several other things. I loved that introduction, it was silly, over-the-top and brilliant.

However, the rest of the comic falls short. I know I used to like the antics between Dib and Zim (well for most of the time), but for some reason I just don’t like it now, at all. Maybe age? Maybe my kind of humour is different now? I just was bored for most of the time and annoyed the other part of the time. The whole Dib x Zim just is so utterly lame. Zim is overly hyperactive and Dib is just freaking annoying and should just be buried somewhere far far away from people. What a horrendous character. Obsessed, stalkerish and so much more. 😐 His sister is also not really great, she is acting a lot like a mother. A role that doesn’t fit her at all.

The illustrations are the part that kept me going, they are colourful, fun and it looks like someone just plucked them from the tv and pasted them to make a book. Sometimes things like this don’t work out, but I think the comic book format works perfect for Zim.

Would I recommend this comic? I am not sure, if you are a big fan, then sure.