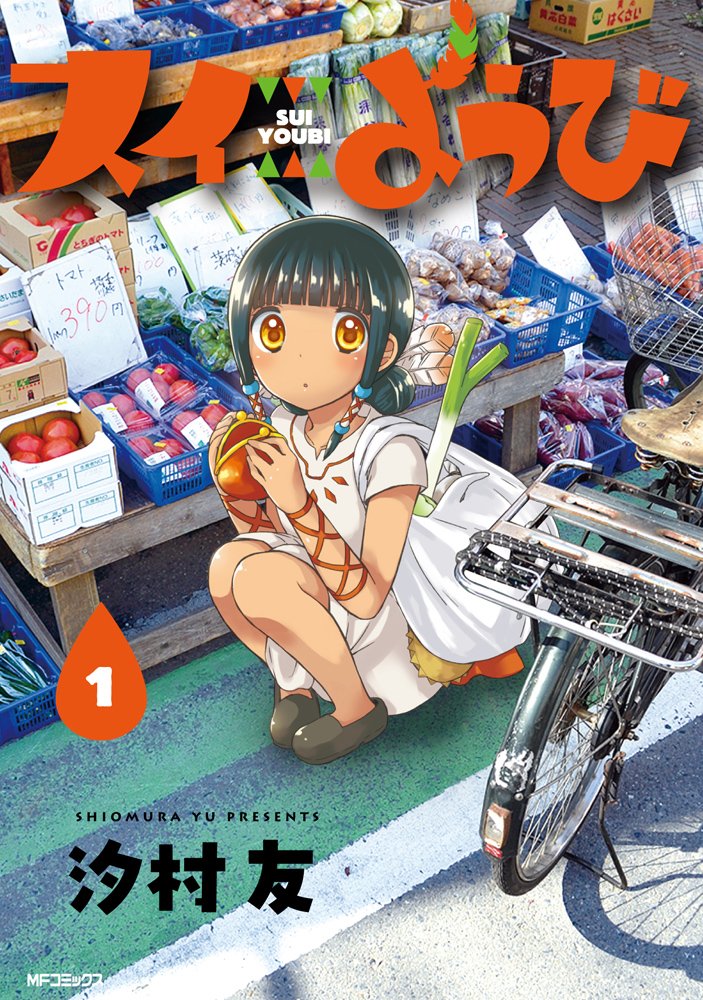 On my quest to find new manga to read, I stumbled upon this little gem. I am delighted to have found this, it is mostly slice of life, but there are several pieces of comedy and romance in it. Though, OK, mostly romance from the part of Sui’s husband.

Sui is a girl from a foreign country (I don’t think it was mentioned which one, but we can guess it is a tropical one) and she is flying to Japan to live with her new husband (also no clue how these 2 met, or how they ever got together in marriage, but maybe that will be told in later volumes, I hope so at least). Of course you can imagine that someone who has never been to Japan, or been to a civilized country (as it seems that Sui comes from a country that doesn’t have much technology), that things will be foreign and strange and that we will have many hilarious situations, like Sui almost killing the TV because she thinks that the people in there are stuck and want to get out. Or the times that she just randomly gets out blades or spears (no clue how she got those through customs). For someone who can’t speak the language, and for one where everything is new, strange and foreign, Sui is doing a remarkable job. Of course she has the help from her husband, and also from a girl who lives next to them (though the latter mostly is curious about Sui). It is great fun to see Sui’s husband try to explain everything to Sui, to help her out and to teach her new things like the language, but also how things work in the country.

Sui is a fantastic character and it is great fun to see her try to live her new life in Japan. Of course, even though she and her husband are married, there is barely any romance. Sui is quite oblivious to everything, while her husband likes her a lot, but blushes easily and tries to quickly ease the, at times, awkward situations. I am also guessing he might not want to do anything since everything is still so new to Sui, and he doesn’t want to scare her or startle her. Admirable, considering I have read enough manga where the main character just pursues the foreign character even though they don’t get what is happening (or at least not that much). Though I am hoping that the next volume(s) will also focus on the love life between this newlywed couple.

The art is pretty good, I love how Sui is drawn, and the backgrounds are quite pretty (Sui’s room is amazing!).

This manga will make you laugh, it will have you cheer for Sui and you will want to read more and more. I can’t wait for the next volume, hopefully I will find it someday as I really want to continue with this great manga.
Highly recommended!