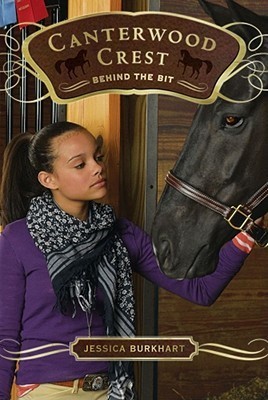 I am truly not sure what to rate this book, it was a book that didn’t let me go, but it was also a book that highly frustrated me.

With how Sasha acted (and I do wonder if she is actually really into horse riding or that she just doesn’t give a fuck, considering how she messed up so many times in this book), or with how Callie acted like a little bratty girl who didn’t get her favourite toy and then, plottwist For now I think a 2.5 is the highest I can give.

Sasha is an amazing rider (if I have to believe the other books and also what people say), however she fucked up so many times in this book, that I am amazed she is still on the advanced team. I am sorry, you are at a invitational event, you have got a demo in the future and what do you do? Oh, yes, just screw up everything that you can screw up. She lets herself get messed with, she does enormously stupid things, she apparently doesn’t care about her horse by taking jumping while not being there at all with her head. A big no no, since a horse could seriously get hurt, and even worse, if you aren’t concentrating. Do you want your horse to die? It will be a god’s gift if she will get any further in this world. Because, sorry, at the moment? After all that happened? I don’t believe she will. She is a good rider, but she needs to concentrate, not think about every little pathetic little drama going on in her life. That can stay outside when you are riding.
Sorry, I am so disappointed in this girl, I really liked her in the other 2 books, but this one ruined the character.

Then we have Callie, who I used to like, but after all the childish stuff that happens in this book, I hate her. Especially with that thing that happened near the end. You know, these 2 girls (Sasha and Callie) are supposedly best friends, well sorry, if you won’t believe your best friend that she is REALLY REALLY not dating that guy, then your relationship isn’t going anywhere. Sasha kept telling Callie that she isn’t with Eric, she is just friends with him. (Ohhhh, noooooooooo girls being friends with boys, noooooo, that is of course imposssssible, noo, girls aren’t friends with boys. Silly person, who thinks of that? /end of sarcasm)
And the bitch move she pulls near the end? Didn’t only make me hate her, but also that other person. Horrendous, disgusting and bleh.

Heather, oh, Heather was actually the best person in this book, and that takes a lot of me to say this. In the other 2 books she was mostly horrendous, but in this one she is actually amazing and sweet for most of the time. It is still Heather. 🙂

But I guess the reason why Heather is now so sweet, is because we are getting someone else in the stables, someone even worse, even more horrendous, and someone who I don’t get is still riding, or allowed to ride. I am kind of worried about the series right now.

The demo and invitational were fun, but I think it would have been more fun if Sasha hadn’t screwed up so many times.

I didn’t like those girls from the higher classes, it is just sick that they would think of something like that. Bleh, bah, and bah.

And then the ending? With the truth about Callie, but also something happening between Sasha and someone else. Wth, why did we need to add that? To maximize the drama? Seriously, it was just not needed, especially that Sasha part, which felt fake, off and weird.

Would I recommend this book to people? No, but sadly you do need to read them otherwise it will probably confuse you, as these books just continue were the last book left off.