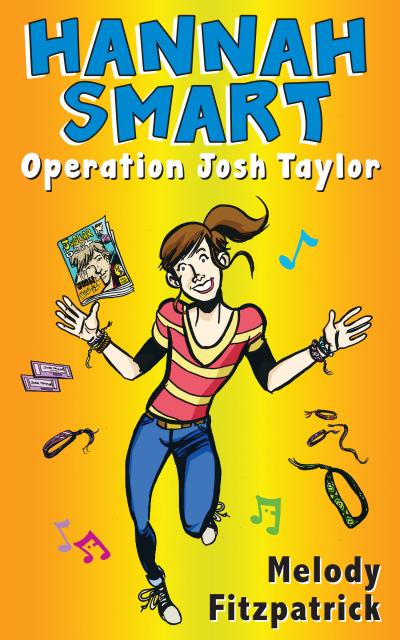 I received this book from the publisher/Netgalley in exchange for an honest review.

It was a struggle to get through this one, but I finally got through it.

This was due to various reasons. I expected a somewhat more grown-up, mature teenager. Hannah was just the worst character, dumb, idiotic, spoiled to death, annoying, chats before thinking, and all in all has some seriously messed up ideas on how stuff should go on. I mean seriously, you are spoiled to death and you still expect your parents to just buy you everything whenever you want? At first (before we found out how spoiled she was) I was slightly sympathetic for her. And then she rattled of a list of various stuff that she recently had gotten. I mean, an iPod? A skateboard? Various other shit? And you complain about your parents? Dear Lord, those parents should have said no sooner, this is what happens when you spoil your brats to death and then demand them to suddenly do stuff on their own.
And then later you learn she also has various other fancy electronics…. that her parents just bought for her like it is nothing. rolls eyes No wonder Hannah was so fricking annoying.
Add to that, she really didn’t listen or care to listen to anyone. She just made her own conclusions, acted like a bitch and then cried and then was explained what really was going on. Give people a bit of time to finish their sentences, give them time to explain stuff. Don’t just go and do your own shit. There are various instances with either her parents or her friend Rachel that she does this. Runs away or acts all silly. Her overreactions are just so silly and bad. Come on girl, you are 13, you can handle a plane flight. Though, given the screams and the bloody murder she cried, I would say she might have died thousands of deaths. Too bad they didn’t happen for real.
Wow, she really gets spoiled, doesn’t she? That new house, seriously, what the hell is up with that.
Also Hannah was just a bit too depressing at times, glooming over everything. You got great parents, they spoil you rotten (well maybe not any more), you got a friend (well….), you are healthy. And yet she complains about everything and anything.

I disliked Rachel a lot too. She was just so frustratingly boring. And what happened during that interview? I just wanted to smack her head. For acting that way. You were the one who totally closed off? What were they supposed to do, just let this chance go? URGHHHHH. Of course later it is all buddy buddy again, but by then I was just sick of it. And I didn’t like how she just went with Scarlett. Is she dumb or what?

Scarlett, dear Lord, why do books like this need an antagonist. It could have easily have done without it. It was just too much frustration for me to read about Scarlett and her stereotypical behaviour (yes, it was super stereotypical). It was just hilariously bad. And I just wish she wasn’t included in the story, her “evil” antics were just so typical of that of a school bully/queen bee. Why do people always go with that. Can’t we reinvent a new evil character? Make them do stuff that is new and exciting?

And it was just super silly how everything that could go wrong, did go wrong. Yard Sale? It went bad. Bracelets? Bad. Getting tickets? Bad. What is wrong with that world. Can’t anything just go right for once, so annoying. They finally had money and all that, and then something MAGICALLY happens and spoils the whole thing. And then the whole phone stuff. I really hate when books do this, it is fun once, but after several books with the same kind of situations, similar plots it is just annoying and silly. Instead of feeling sorry for the girls I was just rolling my eyes and being frustrated. We are nearing the end of the book, and yet the things that go wrong keep stacking up.

And that ending. Soooooo cliché. And I am guessing we are getting another book? Given the ending? I guess I will just stay away from it. I can’t handle any more Hannah, and I especially am not going to handle a Hannah who is going to fall in love. I can only imagine how annoying she will be then. 1000 times or more at least.