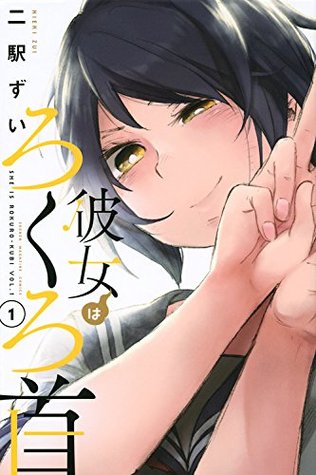 First of all thanks for the recommendation Morgan! They recommended me this manga, and I decided to check it out, since it did look pretty good. And now after reading it, I can honestly say that I enjoyed it, but that I still have some questions about it.

So we know that Kanoi has a long neck due to her being a Rokurokubi, however, I do wonder are there any other supernatural beings in that world? The only other I could see was one of the teachers, but other than that, no one else seems supernatural. Which makes me wonder, if there are no supernaturals around, why is everyone totally OK with Kanoi? I would think if she was one of the few, that people would look at her weirdly, or would find her strange. This is normally what would happen in these type of stories, and with so little people apparently being one (unless they are hiding). Instead everyone is accepting of Kanoi and she is leading a happy life, with school, romance and friendship.
It also makes me wonder about her family, they seem totally normal (well the sister and the grandma, we haven’t seen any parents yet).

My next thing was the whole neck-thing. It was fun, and it gave the story an extra spin, however, I felt it got a bit too much, it happened so often, and I wondered why Kanoi (who probably should have been like this from birth) can’t control her neck. I would think that after 15/16 years of being like this that one would know how to control their powers.

But the story was cute, and I really loved Kanoi’s antics and how cute she blushed when she thought of Itsuki (but oh no, she was not in love or anything, if we have to believe her and her denying). There were several parts were she was totally swooning over Itsuki, on the one hand she wanted more, on the other she was embarrassed by her feelings. It was really adorable, and it gave the story some realism in a world where apparently realism doesn’t really exist.

Oh and I loved that Kanoi is totally afraid of horror and gore. Now I hear you say, why is that so great, well, she is a supernatural being herself, one often found in horror, and yet she dislikes horror a lot!

I also really liked Kanoi’s friend, she was really hyper, but oh so much fun to see. I just love the parts were they were together and having fun.

Itsuki was just amazing, and I loved how sweet he was around Kanoi. They make a great pair of friends, and I hope one day that they will be more, as they would totally match.

The art is pretty good, with the exception of the times that Kanoi’s neck grows. I like how the characters are drawn and in some of the scenes I just loved the expressions on the characters faces.

All in all, I would recommend this one if you are looking for a funny, cute story with great characters.