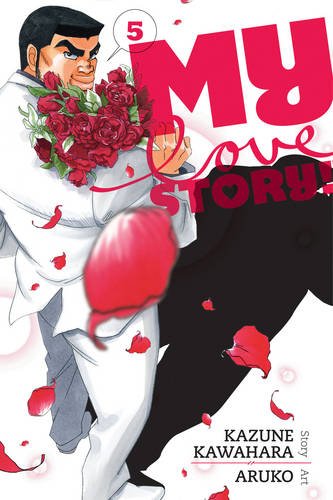 Bleh, it took Amazon.de 2 months to finally have this one in stock. I seriously hope that the next volume will just come out at the normal time. 😐

The book itself was pretty good, but due to it being this late, I already knew the story from the anime. I am happy that the anime follows stuff pretty closely, but I find it is way more fun to have read something before, and then see it animated, then the other way around (see it animated first and then read about it).

This volume brings us several things! Something we have been waiting for (I won’t spoil it, but I can just say that I was squealing soooooo hard when I saw it in the anime, and it is pretty nice in the manga as well, it took them long enough, they have been together for some months now). We have a Christmas Party, a Birthday Party (and New Years, as that is Takeo’s birthday) and we also got confessions, stress and lots of cute romance between Takeo and Yamato.

Even though that thing that happened at the end, it was a bit awkward. I can’t say much about it, because I want it to be a surprise, but it just looked a bit weird.

One thing that I missed, and that was quite a big thing in the anime, was the pregnancy of Takeo’s mom. Here it is barely even talked about, and that is a shame. We all know how Takeo loves his mother, and even Yamato was really sweet during this time, and I miss that.

Suna is really a great guy, though I hope that he will also have some luck in the romance department. He seem to only catch the girls that like him and hate his friend. And we all know how Suna is protective of his best friend.

Ah yes, one thing I didn’t particularly like, and something I also don’t like in the manga, is the fact that Takeo keeps saying: I love her! or I love you! to Yamato. It happens almost every other page and sorry, but instead of me swooning, I am just annoyed with it and thinking if Takeo really means it, or if he is just joking around.

The art is still great, though at times it feels like Takeo is getting bigger and bigger (which isn’t a wrong assumption considering that he is probably still growing).
I also love the various close-ups, and the backgrounds are lovely.

All in all, it was still a great manga volume and I really enjoyed it, but I truly hope that the next volume will come out a bit faster. Not 2 months or so later.