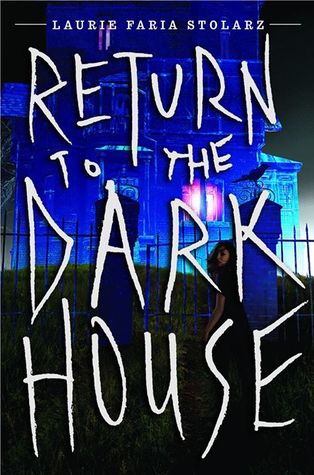 3.5 stars, making this one a bit better than the previous book, however due to several things, it still lacked something.

Like all my other reviews I will try to keep my review spoiler-free, but I want to address the things that bothered me as well, so those will be going under the spoiler tags.

Unlike the previous book we don’t have a lot of POVs, thank Lord for that. That was something that bothered me in the previous book. But in this one we have Ivy (a lot), Taylor (a bit), Natalie/a (a tiny bit), and a mystery person (though we quickly figure out who it is). It is a breath of relief that we don’t have a lot of characters. It made it easier to follow the characters, though I have to say that Taylor and Ivy’s voices were really close to each other, so every time I popped out of the book and then back again, I had to check who was speaking. 🙂

Ivy, ah Ivy. While in the first book it annoyed me how much she just stood out, she was the only one in the bunch of characters who hated the horror genre and had her own reason to be there, this book however, it annoyed me how stereotypical horror dumb she was. You know, she is the kind of girl whom you are screaming at during horror movies. Like: “Noooo, don’t go through that door!” or “Noooo, you stupid person, don’t listen to that person, arggghhhhhh.”
While I can imagine why Ivy is like this, she wants to solve the mystery, she wants to get that Elf behind bars, however…. it just got really annoying how she stalked the police endlessly, didn’t care about her medicines, did everything everyone warned her about, endangered more people and in the end fucked up quite a few things. All because she wanted to solve the fucking case.
And yes, at times I was cheering for her, for being so brave (which doesn’t mean she wasn’t also stupid though), for trying so hard. She is a pretty strong girl, even with all the stuff happening in her life (prior to this and now). Many a girl would probably have given up/worse than that. So yes, I have to say, applause for Ivy for being so strong, for never giving up what she wants, for continuing with this, even when everything is so dark, so gloomy and so endlessly dark.
But, I will also have to shake my head at the way she does things. How she lies her way through life, how she stalks people, how she just doesn’t get people.

Taylor, ah Taylor, our mystery girl from the first book. The girl that got away, the girl that abandoned ship and left all of the others in a sinking ship of doom and death.
I wasn’t sure what to expect from her, I could imagine why one would run away, but I think it would have been better if she had been stronger. Even in the later parts she is so weak. Generally she was only thinking of herself, of getting out of stuff. And while those are good reactions, and considering her past, they have been drilled in her mind. But, I wish she would have grown out of that or at least would have shown some more power.
Of course, she was also pretty awesome. She really cares about Ivy (going to great lengths for her), about the others, and she really showed that she was determined to at least try, even though her first sense was to run away and go to the police.
I felt sorry for her and what happened to her in the beginning/middle of the book. While she did do all that, no one deserves all that shit from people who weren’t even there. I think most of those judging Taylor, would have done the same thing. It is just something that is proven quite a few times. Not many people would take action when things turn really scary.
I think out of all the POVs, she was my favourite.

Then we have the POV of Natalie/a, and a certain someone else. I have to be honest, I never really liked Natalie/a, that voice thing? It just was not that fitting, and it made the girl come over as fake, as desperate, and it made the story less believable (I know, it is already pretty unbelievable, but any credibility it might have, is just blown away with that Harris stuff).
The certain someone else POV? I was interested in the beginning, but around the middle I just started flipping through it, it was just not my cup of tea.

This time, instead of a creepy movie set/house/park, we have a new setting of a boarding school/Gothic house. I just love it. When I heard it would be the setting, I was delighted and so happy! As most probably know by now, I love boarding school settings, and it even gets better when it is horror/paranormal!
I was seriously creeped out during many of the parts and I was really just flying through the pages to get to the conclusion. To find out what happened to our other characters. Are they alive? Are they dead? Why did the murderer/Elf/whatever else do this? It was really interesting, but sadly, it took a while for the book to really find that excitement. Quite a big part of the book is just about Ivy finding out more, about Taylor and her life, about both of them getting together, and it takes quite some time to get to the scary/awesome boarding school parts. So just be warned, if you expect the whole book to be about it (or at least a big part), just like me, you will be (a bit) disappointed.

I didn’t like the police at all. Sure, I can imagine that they are trying their best, but it just felt weird that someone like Ivy knew more, had more leads and did her best way more than them. Maybe this isn’t true, but it is the feeling I got throughout the book.

Now for the last part, the ending, which I will put in spoiler tags, as this is quite a big spoiler, but I seriously need to rage a bit about it.


All in all, it was a decent book, but due to various stuff I can’t give it more than 3.5 stars (with the added note as specified in the spoiler).

Would I recommend this series? On the one hand, yes. It is a pretty fun series and it has good moments, but if you don’t like a certain type of ending, I wouldn’t recommend it.