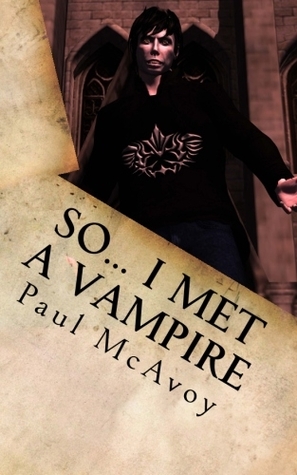 Those on Goodreads will have seen my updates while I was reading this book, it was a bumpy road, and I have to say that while the idea, and the ending were pretty great, I didn’t like how it was executed and there were several things that were just odd and weird. Not only in regards of the characters, but also in regards to how the story jumped around.

One of the problems was the main character and her supposed vegan diet. The book starts off in the future (after the accident), and she is clearly stating that she is trying to be a vegan. However, she doesn’t mind eating eggs. This is not being a vegan, if you eat eggs you are just some type of vegetarian, I believe the name is ovo-vegetarian.
However, in the past it is quite confusing. On the one hand you have the before the accident past, where she is eating eggs and stating she is trying to be vegan. However, after the accident and during that challenge part, when asked by Devon, she states she is vegan, nothing about trying, and she even knows she shouldn’t eat eggs, or milk or anything like that. And she clearly refuses it.
So girl, could you please decide? You can’t be trying to be a vegan, then you are vegan, then trying to be vegan. And you should not eat eggs if you are trying to go vegan.

Next is her amnesia, which was so highly unbelievable, because immediately when she gets to the police, she starts remembering everything, and yes, everything, without any stimulants or prodding. Just like that, she remembers everything. While it helped getting us to the parts of the story, it was a bit too convenient for my liking. I don’t mind amnesia, but make it a bit more realistic.

She is also contradicting herself. She is telling someone that she died, found herself in an office with the reaper. However… in the beginning part of the story we see her dying, she sees a figure, someone who urges her to come along and only after a few pages of that, are we in an office. 😐

The story itself, and how Jesse found herself alive again, was pretty short. It only took about ~40% of the book. The rest is how it started, and what happens after all that. While it was nice, it was a bit meh, it also felt off. I was like yay, we are finished with the story, now Jess can continue to live her life. Though I had the feeling there was a catch, and yes there was. The rest of the story was even more unbelievable than the first part (which is kind of magical), though it was a lot more exciting. And yes, I know, I know, this is a book about magic, about reapers, vampires, but it just felt odd how we went from point A to point Q in an instant.

And that is also a problem I had, the story jumps around a lot. Mostly it follows a straight line, but often it would just jump off that line and bound to other things.

I also wish that the whole reaper thing was explained more. Seymour is a really interesting character, and I wonder why he had 2 easy challenges and a third that was totally screwed up. I also want to know about his penance and what he did to become a reaper. He was by far the most interesting character of the whole book.

The ending was pretty good, and it was really interesting, though also a bit weird, I know that she has a gift, but this is quite magical. She just got better, she is still having trouble with stuff, and then she can do all that? Wow.

I did like the idea of vampires, reapers giving every millionth death a chance to live again, I liked the idea of a paranormal office, but I feel it could have been executed a bit better.

Oh and I definitely have to give credit to finally having a vampire story without any romance. Yes, you heard me right, this is a vampire book, without a hint of romance. Thank Lord for that. I could use one. Most of the vampire books these days have romance, either small or huge, and I could use a break from those.