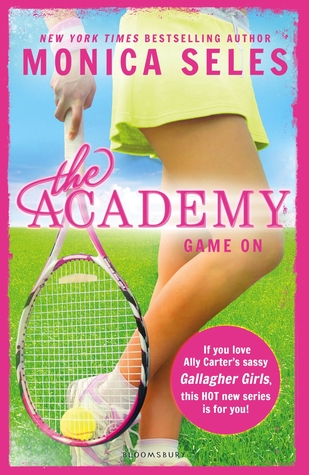 I have decided to merge these 2 books together in one review. I could write one for each book, but I thought this would be way more fun.

At first I bought the second book (though I didn’t know at that time it was a second book, I just saw the book at a discount, it looked great and I couldn’t wait to read it), but after reading a bit, I noticed that they really did jump into the story, and after some research, I found out that it was because this was the second book.  But now I have read the first and the second book, and you know what, I do hope that we will get another book, as it feels incomplete after the second book. There is still enough that can still be discussed, things like Maya’s love triangle towards 2 boys (and the boys to her), her finding an agent (because she does need one), her winning competitions (instead of getting to second or third place), there is just so much that I would love to see in the book, so I am crossing my fingers that we will get a third book.

I really was interested in the idea of a sports-academy, a boarding school with everything for everyone who does sports. Golf? Tennis? Football? Soccer? Swimming? Many other sports? Come on in. However, if you aren’t rich, then good luck getting into the school. And that was another thing I did like. Instead of giving up, Maya just fights, fights and fights to get accepted to the school. Her parents aren’t filthy rich, and I just loved her fighting spirit. The school was extra-ordinary, well, at least for the people who were rich. The scholarkids had 6 months to proof themselves, and they are in some house that wasn’t bad, but it wasn’t the best there was. The rich kids? They get the villas, the epic stuff and also the opportunity to buy whatever they want. It was really interesting, and the author really described all these elements well, it felt like I was also taking a tour, I could just imagine the rolling green grass, the fancy villas, and then, the scholarship houses.

Maya is a fantastic character, though I have to say that I liked her better during the beginning of the first book, and throughout the second book. For most of the first book she is just changing, changing into an image that is just bad, not only for her, but also for her friends. She starts to neglect them, starts to take other stuff over them and much much more. I didn’t like that Maya, and I was hoping she would be kicked of her high horse and get down to the normal people. Sure, I can imagine why she changed, so much is happening, and she isn’t used to all this fame and richness that is coming to her.
But even with these flaws, she is a kick-ass character and trains her butt of to be the number 1 of the world. Especially in the second book she is just amazing.
And I think that with these flaws, it makes her more human, more interesting to me. I think if Maya would only have trained, just started a few friendships and didn’t have all the drama, the fame, and all the stuff happening, I would be utterly bored. The drama, the rivalry, even the horrendous love triangle, make the book and make Maya into a character that you just want to cheer for.

We also have some great side-characters, like Renee (insecure, but beautiful Renee), who I already liked in the first book, but with all that happened in the second book, became on of my favourite characters. I won’t tell you what happens to her, you will just have to read the book, but I was delighted she was getting a chance like this.
Then we have Cleo, a truly epic character, with also stuff happening. She is Chinese, but dresses up in her own way, which, in a sport like golf, isn’t really taken kindly. But Cleo is also kick-ass and super sweet, I just loved how she said what she wanted to say, she wasn’t ever really rude or mean, she just spoke her mind and that made her really great.

That brings me to another point. Every character, well except the queen mean bitch Nicole, has a story to tell. Each character is filled out with a story, with traits, with their own problems and backgrounds, and wow, I was just delighted. Instead of just keeping Maya interesting, the author made everyone awesome in the book.

Well, all, except for Nicole. Dear Lord, our typical antagonist and queen bee of the court. I just disliked her so much. At first I thought she would be nice, and also very friendly, but after something happened in the first book, I just saw a different Nicole, and I didn’t like it. Even with such an unlikeable antagonist, I still wanted to know more about Nicole. Sadly, that doesn’t really happen. She is there, she does stuff that is bad, and that is it. Unlike for instance Canterwood Crest, in which the antagonist and queen bee has their own story to tell, Nicole is just flat and does nothing special but being mean. It is a real shame, it could have been a great story if we had some background on Nicole.

Then we come to the tennis, while there is enough practising, I still wish we had some more tennis matches. In 2 books, we only have 1 real match and 1 fake match, and I was just disappointed. The boarding school setting wasn’t the only reason I picked up this book, it was also for the sports element, and I feel that one wasn’t really around much.
Most of the book is about Maya, her romance stuff, her friends, and fame. And while it did make for a good book, it felt one-sided. I think it would have been rounded more if we actually had some matches. Oh, and not only that, but I would have liked to see some school stuff as well. We only have a few scenes where they are actually in school, and it felt a bit unrealistic.

The last thing to discuss is the love triangle. I am not a big fan of those. Especially when they are done like these books did. I wish Maya would just pick for once, and also keep to her decision. Not waver constantly between the two guys. Not looking once at other guys, just drooling about them. Going into endless circles of drama. I was already annoyed with the stuff that happened in the first book, and I was hoping (with that ending) that the second book would focus on something different. Sadly, I can tell you, that won’t happen. 🙁

But all in all, I really enjoyed these 2 books and they were a fun read. I would still recommend them to everyone looking for drama, a bit of tennis, and a girl fighting to become number 1 (though losing that goal at times).