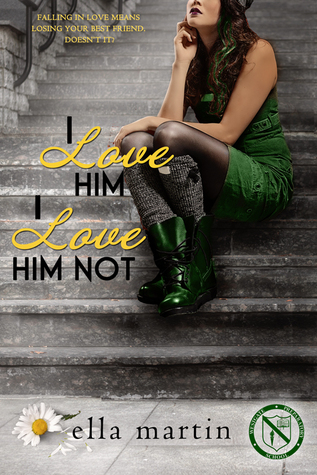 Received a review copy/ARC from the publisher in exchange of an honest review.

This book is about Talia, one of Bianca’s (our main character from the first book) friends. Now, I know that I said in my review for the first book that I didn’t particularly like the friends, but I have to say that after this, I have renewed respect, and also love for Talia. She is a totally amazing girl, with so much going on in her life. Some stuff just trivial, but quite a bit of the stuff is significant. Talia’s mom, her new marriage with a guy she has been seeing for some time, Talia’s Dad who suddenly pops up, Talia is still getting used to her new stepfather. And then you also have the whole Jake thing going on, to which Talia is absolutely oblivious, I will talk more about that later in the review. We see Talia happy, we see her sad, we see her angry, and each and every emotion was just so real and just jumping out of the book. Sometimes I found her overreacting at stuff, at other times I just wanted to reach out, tell her everything will be fine.
Luckily, she has got a great set of friends, Bianca and at times also Ally (I say at times, because Ally, well, is Ally, and I will discuss her soon). She also got a great guyfriend named Jake, who was just the sweetest and cutest and most awesome guy.
I loved that Talia had that patch of hair that was white, it gave her something extra, something different from all the other girl characters we so often see in books. I really liked that she likes the dye that part in every imaginable colour.

And sure, there were times I didn’t like Talia. But those times were small. They include her pathetic phone call to her mom about a teacher (who was totally in his right to act like that).

Yes, she is totally oblivious to her feelings and Jake’s feelings. This is not a spoiler, as it is quite obvious for everyone around Talia. You can just see how Jake is acting, you get several hints and chats from her friends and there are just so many other clues, that it doesn’t come as a surprise. Sadly, throughout the book Talia is supppppperdense and oblivious to it. Even with everyone trying to talk to her about it, even though several events happen, she keeps thinking he doesn’t like her that way. The title of the book really matches with the book itself, as it is one of the biggest things that goes on in the book. The question, do I love him, do I love him not? Is he a friend, or is he more? Does he love me, does he love me not?

swoonsJake was just an amazing and sweet character, I felt sorry for him though, giving all those hints, doing all that and realizing that the girl he likes doesn’t even get the hints.
I loved how he always was there for Talia, how he always made time for her, always tried to do everything he could to make sure she was happy. He is just the perfect guy with a super sweet personality. Also I loved that he was a musician, it made him even more special.

Ally was a great character at times, but sorry, she also was so self-centred and annoying at times. Especially during one particular part of the book, I just found her way to overdramatic. Yeah, that event sucked, but come on, is it really needed to act like this? And for so long?

The ending? It is just pure swoon material, I won’t spoil of course, but let me just say that I had tears in my eyes and did a little fist pump because of all the things that happen there.

Various things that happened with Bianca/events from the previous book also pop up, for instance the story about the bad boyfriend is mentioned, and we also meet the bad boyfriend. I was really happy, as it made this one truly more of a sequel instead of a book about another girl at Westgate Prep. And so I would also recommend that people read this one as the sequel, because even though it is about a different girl, it is still about stuff that happened before, and this books just feels better because I know all about what happened in the previous book. And it is just so much fun to see everyone again.

I do hope that Ella Martin will write more books about Westgate Prep, while I didn’t like Ally, I would still like a book about this girl and see what makes her tick. 🙂

I would highly recommend this book (and also the first book) to everyone! If you like realistic fiction, with a dash of romance, then this is just the perfect book for you.