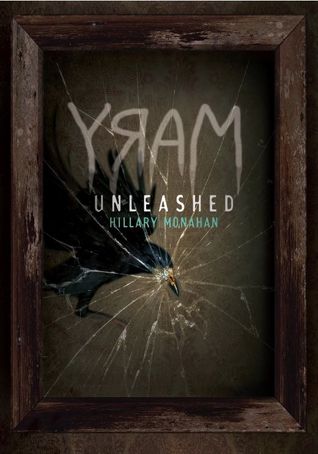 So, funny story, I was planning on reading this one today (Friday 30th October). But last night I couldn’t sleep and thus decided to read this. And then 2 hours later I closed the book. Did I sleep much afterwards? Hahaha, no, not really. But I really really wanted to read this book, and I decided to take the consequences that come with reading a horror book at around 1am with it. 🙂

I am really glad I read the book, but I do have to say that I prefer the previous book over this one. The previous one was so much more creepy, Mary was way awesome, you had creepy mirrors and other reflective stuff, the hauntings were super super spooky and had me on the edge for quite a bit. It was a true Bloody Mary book. The deaths that happened there felt so much better executed. While here it just felt like some slasher movie, and while it was still gory enough for me, I still wish for something different. And sure, Mary is still creepy, we still have a few occasions of mirrors/reflective glass, but it is now mostly running/seeking out what is wrong with Mary, why is she haunting people, and to make sure that Mary doesn’t do anything bad any more. And yeah, that was fun for a bit,
but it got a bit boring after a while. Especially since I kind of expected some epic ending, and was disappointed it was all this simple as just doing that thing. Even the characters were surprised and are now wondering about stuff.

The characters were really great, we got Shauna, Kitty, Cody, Jess (urgh I hated her), Dell, and also several newer characters that were fun to meet. Shauna was pretty good, and I loved how she tried her all. Tried to help Kitty. Tried to help when stuff really hit the fan. I loved Cody, I was so happy for her and she is such an interesting character.

The only character I didn’t like was Jess. It seems that she just couldn’t give a rat’s ass about other people. I hate that attitude, and I find it disgusting that she would do all that. I am still not entirely sure if she just was stupid, or if she really craved the attention she so sought out.

The book is (once again) peppered with letters that tell us about Mary. There are letters from various people, and they were pretty interesting to read. Quite soon I already had a vague suspicion what happened to Mary, and also who did it. As the letters continued, as the story progressed that vague suspicion turned into a clear image and I just was waiting for the end to come to let me know if I was right or not. 🙂

What else? Ah yes, I have to give bonus points to an amazing cover design. With the hardcover you have a sleeve with one image, but you remove the sleeve, you will see a totally new cover on the front of the book. 😀

Would I recommend this book/series? Yes, yes I would. If you want to be creeped out, if you never want to look in a mirror or anything reflective after this one, then be sure to check this one out!