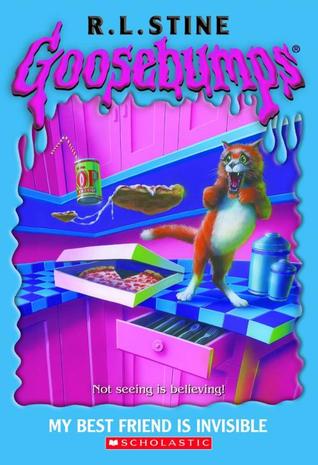 It is October Horror Month Fest! And this is my first horror book that I read in this month.

I thought I would start with a book from the King of Horror, and I am happy I did, because this book was awesome.

Sure, it was also a bit annoying, for instance, I didn’t like our main character’s family and also not his friend. They were so mean to him, so rude, and while I can slightly imagine that they act like this (because, why would you believe you have an invisible friend in your house), but still, these are his family and his friend and yet they treated him like he had zero braincells. Even when the proof was poking in their faces, they just didn’t care, didn’t want to see it.

But I did like the whole invisible friend thing, Brent was a pretty interesting character, and while he wasn’t always nice, he did try his best (in his way) to help out with things. And sure, those things often didn’t go right, but at least he tried. He just wanted to have a friend. Which is logical, it probably isn’t easy to make friends when you are invisible.

But the best part wasn’t the the invisible friend, it wasn’t the ghost/haunting part, no, the best part is something that R.L. Stine specializes in, the ending. Because, dang, I never saw that ending coming. Wow, wow, and triple wow. That was just amazing. I was shocked. And instead of the 3 stars I wanted to give (because of the parents/family/friend), I give this book a 4 stars. Seriously, that ending just blew me away.

All in all, I would recommend this book to people, it might frustrate you, it might annoy you, but the reward is there, at the end!