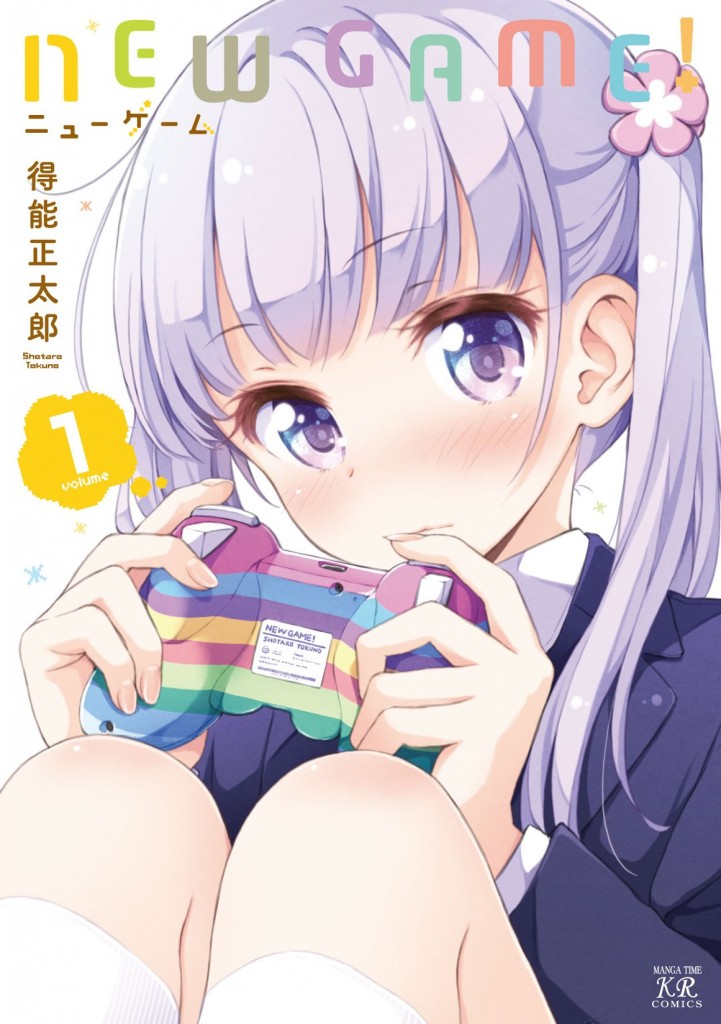 I stumbled upon this manga while searching for new manga to enjoy, the cover immediately peaked my interest. A girl holding a game controller/hand-held game console? A girl looking like she is embarrassed/pouting? I wanted to know why she made that expression.

Our main character is a girl named Aoba Suzukaze, she just finished high school and is looking forward to her new job at a game company. Of course she doesn’t immediately get her dreamjob, and she also finds out that working for the game industry isn’t easypeasy as she thought it might be.

Even with all the silliness that this manga has, it does offer a view inside of the game industry. Even if it is a distorted view, because I guess most of us have heard of the stuff that goes on there (like Konami and others), but still it does show us that you really need to work up to the ladder. You can’t just begin with the fun things, the first stuff you have to do is do grunt work. But by doing that, you also learn skills for other, later, work. There are also several parts that tell us how tough the work is. One of Aoba’s colleagues is often to be found under the desks after another late night of work.

Aoba is a really likeable character who works hard, is excited for a lot of things, and is pretty much down-to-earth. She was adorable when she first got her first money from doing the job. And I loved her decision on what to do with it.

Aoba is also teased a bit because of her height. She is out of High School, but yet she looks like she should still be in there. Her fancy suit makes her look like a kid trying to look fancy. It is a running gag throughout the manga, and while I am not one to often like repeated jokes, I still like this one.

The other characters in this manga are brilliant, I have yet to find one that I don’t like. Each of the characters have a personality that is fun and interesting, and it makes me want to find out more about these characters, their backgrounds, their interests, likes and dislikes.

This is a 4-koma, something I do like, but I still prefer the normal manga style. With this one it fitted however, as I think if you did all the stuff in normal style it would get boring. This way you keep the attention on certain parts, certain jokes, and it makes it better.

The art is amazing, I love how everything is drawn, especially the characters, they look really good.

All in all, this is one manga that I would recommend.