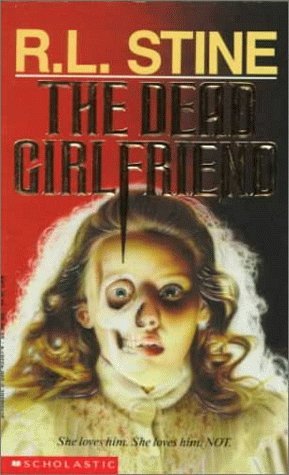 Not really the best R.L. Stine book, I had expected lots of excitement, lots of horror or creepy things.

Sadly, the cover is pretty much the only horrific thing, that and some event that happens near the end. Other than it, it is a pretty tame and calm story. Sure there are some events happening that could give you a case of small goosebumps, but mostly I was wondering when the real excitement would start, and as the pages went by, the end was coming nearer, I wondered if a few threats, a few arguments here and there would be all to the story.

Sure, it kept me excited to find out who did it. I had a list of people who could be possible suspects, but I can say that finding out who did it for real was quite a twist for me. I didn’t have that person on my list. I didn’t think that person would be capable of this, and even looking back on the book, I don’t think I could ever have known. Maybe there were hints, maybe they are quite obvious, but it wasn’t obvious to me.

I didn’t like Jonathan or how he acted around Annie. They were together, yet also not. I get, he lost his girlfriend, but really, he was mostly just being quite weird, with mood spells even girls would be jealous off and I didn’t feel any romantic sparks coming off him. None at all. The only thing I felt coming off him was moodiness and also a bad case of Hey-this-girl-is-hot.

Annie. sighs Annie. Urgh, I just didn’t know what to do with the girl. All kinds of stuff happens, but as is typical in these kind of books, she just jumps around like nothing happens.
I also really, really got tired of her: Oh I don’t know how a PC, sorry a Mac works thing. Yes, I can imagine it is really hard, but then just ask for help, from either a teacher or someone else. I know this book was written during a time that computers weren’t that common place as the current time, but come on.
Also her constant: I am such a jerk, or I am acting like a big jerk got soo frustrating. It didn’t sound like a girl saying it, it sounded more like a guy saying it. And she said it soooo often. I was wondering what was wrong with her.

The plot, as I said, was pretty boring. I was expecting lots of ghosts, lots of horror and hauntings, but well, meh.

The ending was pretty decent, but it felt like it was cut off short. I won’t spoil anything (of course), but it was just a shame. It was all kinds of awesomeness and then bang, over.

I also feel that that one event (near the end, after the birthday party), was just too much and I felt like it wasn’t even needed to add that, it was beyond disgusting and sick.

Would I recommend this book? On the one hand, yes. But it is also quite a bit of boring and blandness. If you are looking for a scary book, I would recommend other books by this author. He has written some amazing stuff.