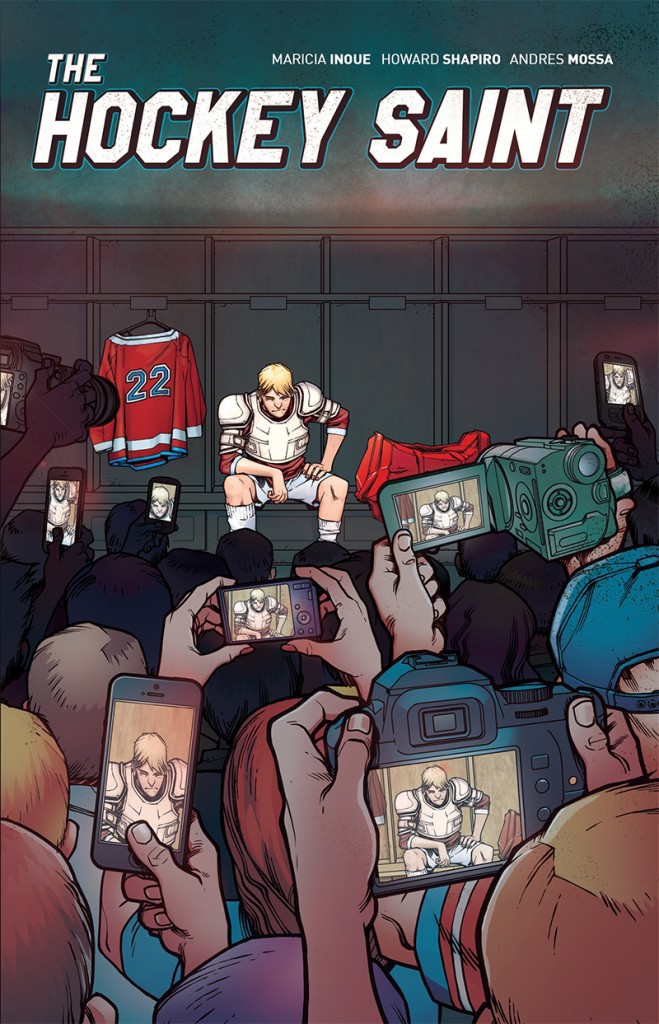 I am so sorry, but this book was horrendous. For various reasons which I will be discussing in this review. Be prepared, you want honesty, I will give you that.

Let’s start with the art. Instead of discussing this at the end, I think it is something very important. I have to say I am highly, very highly disappointed in the art. The cover looked great, and I was hoping for that art to go into the novel. Instead I get bad anatomy, faces that look ugly and eyes that gets smushed into nothingness and several other things just looked severely ugly and just plain bad. I have had times that I just wanted to close this book and delete it from my tablet, in a graphic novel art is the #1 thing I look at, followed with a story and characters. And sorry, I would love to see good art in a graphic novel that people are raving about (I have checked reviews for this one and the previous one).

The art also made the characters look totally different. For instance Tom? I am sorry, he is between 19-21 (that is at least what I can find when I search for how old College Sophomores are, sorry, our school system here is quite different from the American/Canadian one)? No freaking way. 14 or maybe 16 max is what I would give him. 19-21? With the way he looks, the way he acts, the way he goes around his life? snortSorry, I don’t believe it at all.
Apparently Jeremiah is almost the same age as Tom (well, according to the blurb), but sorry, that dude? He looks fricking 40, not 21. Even if he shaved and cleaned up, he will still look way over 21. It is a shame, it is not realistic and it annoyed me. If you portray characters as a certain age, make sure they look and act like that. You will always have people who are different, but I am sure you can keep a general how 21-years will act.

Tom, ah, Tom. I disliked him soooo much, he was a wuss, he didn’t have his priorities straight (like for instance he got to be Assistance Captain and he fucked it up within a short period by not caring to come to practise, seriously guy, you got such a great opportunity but just fuck it like this?), didn’t dare to talk back to his grandmother, didn’t care to find his own place, the things he did in the middle changed my perspective towards him some more, making it more like hate that he would do that, and then with the ending it turned back to really a lot of dislike.
I also had to keep reminding me that the guy was a guy, and not a girl like he so often looked like. I am sorry, I have no problem with guys with long hair, but it just doesn’t fit Tom and the way he was drawn also didn’t help with the girlish looks.

Jeremiah, meh, meh and meh. He was a pretty decent character at times, but for most of the times he was a dick. I didn’t like him, his attitude towards his fans, how much he drank, how he hid his marriage. And yes, I can imagine that he would hide the last one, but come on, one day someone is going to find out and it will be truly shitty. Just be honest, people will appreciate that more than you lying to them.

The grandma. Dear Lord, what a terrible woman that was. I can imagine she is worried about her grandson, but he is (well apparently according to blurbs) 21 years old. He has a life, he has friends, I know you are worried sick, but I was just so annoyed with how she treated him like he was 5 years old instead of the supposedly 21 years he actually is.

The story was also very boring and the way time passed was even more annoying. It felt like just days went by, when it was actually months (apparently, I had to re-read Tom’s statement a few times, because I couldn’t believe it at all).

All in all, I was happy when I was done with this book, I had expected some epic Hockey stuff, maybe some realistic stuff happening with Jeremiah. Instead we get horrendous grannies, boring stories that seem to go on and on, and a not so believable plot.

Would I recommend this one? No.