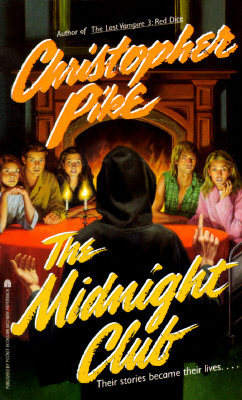 Wow, what complete and utter BS was this book. I know it is fiction, I know supernatural/fantasy, but dear Lord, what a load of BS it was. I have a splitting headache, and I am actually sorry I spend money (even if it was only a small amount) on it.

The blurb? It sounds amazing, and I was really interested in it. Sadly, the whole pact thing and then one dying doesn’t happen until about 80 pages until the end.
And the BS just starts spread out some more after that. Nothing horrible happens, nothing exciting happens. Just the natural things that happen at a place like that.

I also disliked, no hated, the past lives/Master sequences and the various conversations that build around it. Dear Lord, what utter crap that was. I am all open for reincarnation and past lives, if you believe that, feel free, but I felt it was so fake, and so bleh in this one, that instead of being amazed and interested, I just wanted to shake Ilonka and get out of her desperate love for a certain boy. It just felt like she made up all that stuff to get attention, to get the boy she wanted.

Ilonka was a terrible character, not only was her story enormously frustrating, I also just got pissed at her attitude. How she treated Kathy, how she treated Kevin, how she treated everyone. I don’t get why she got such a special treatment for the guy running the place.

Then we have the stories. Urgh, I mostly just skimmed through them when I found out that we could pick out of: Boring, Gore, Boring, Boring. And this is how all the stories went. You always had one disturbed mind making up sick stories, while the rest was just utterly boring.

The things that kept me reading were the parts about the illness, they were written really well (OK, with exception of Ilnoka, though I guess even her part made sense, as a lot of people with such severe illness will do anything to deny it and try to make it better, even when they know there is no hope) and I was just heartbroken as the story continued and certain things happened. I could have seen them coming, but they still were so terribly sad. 🙁

All in all though, I wouldn’t recommend this book to anyone. Avoid this one, and grab a better Christopher Pike book.