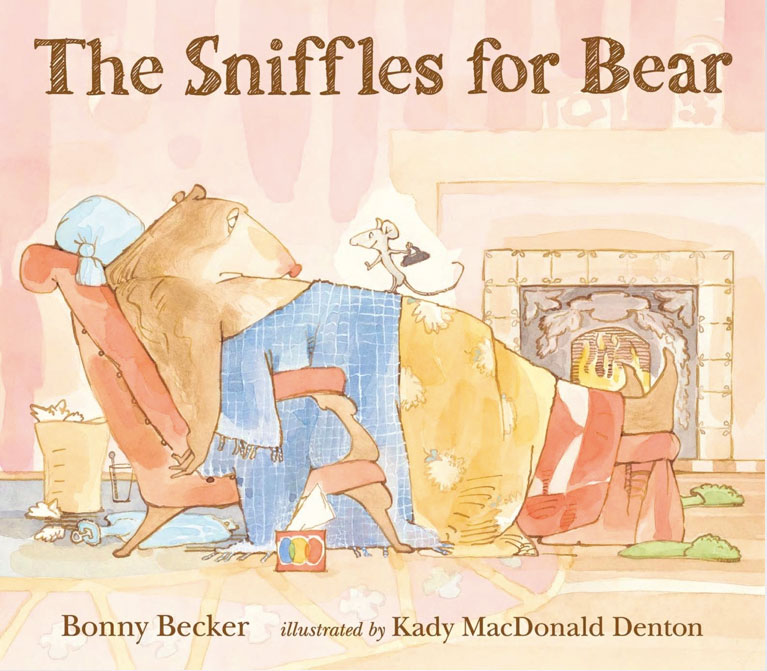 A fitting book for this season of cold and rainy weather, but did I like it? Not really. I much preferred the other book I read about this couple of animals.

This isn’t the cause of one character, though I have to say that Bear was super annoying, but Mouse was also just frustrating. He did help, and that is a good thing, but sadly he was overly dramatic and if my friend would act like that I would move him out of my house. Caring only for his friends stuff, caring only to annoy the Bear it seems. No thank you.

Bear was also really annoying and I didn’t like his dramatics. He has a cold, he isn’t dying for crying out loud. I just kept shaking my head, and I was dearly hoping that Bear would turn around and say he was just joking about the dying part. Instead, he just kept going.

So yeah, it was a bit too dramatic, too annoying for me. However, I did like the illustrations in this book. They are colourful, vivid, and fun to look at, because you keep finding new details.

All in all, I wouldn’t recommend this book to anyone. Just read the other book (A Library Book for Bear) instead.