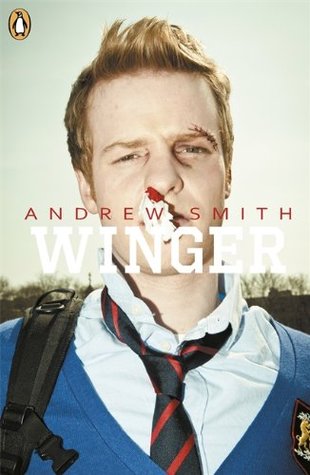 Not that long ago this book’s sequel came out, and I thought I would do a re-read. It has been 2 years and a bit since the last time I read this book, and if you read my review for that one you would know that while I did like the book, I wasn’t that happy with it for several reasons.

However, with this re-read I can say that instead of just liking it, I am now loving the book.

I really flew through this book, I laughed, I was sad, and when that ending came it shocked me again. I knew what happened (well at least vaguely) so I was prepared for it a bit, but reading about it again, refreshing my memory on the gruesomeness, I was just crying my eyes out.

And sure, the book is still crude, is still full of sexual references and jokes, and yes, that does get a bit annoying and frustrating at times, but I noticed it didn’t annoy me as much as it used to do. For some reasons, not sure which ones, I just couldn’t be annoyed with it.

The book has a lot of comedy, but there is a lot of realistic stuff going on. We have bullying, coming out/being gay, friendship, romance, cheating and so so much more. The book is full with a lot of things and all of them combined make up for a great book.

There was just one thing that I didn’t like, and that wasn’t the fact the character was a bit annoying, nah, I don’t mind that, I like my characters when they aren’t picture perfect. But I didn’t like the fact he had to keep mentioned that he wasn’t actually cursing. Yes, yes, we get that after one or two times. No need to keep on talking about it. I liked it the first time, and laughed, but after 5 times I was just wishing he would shut up about it.

The book is also sprinkled with art/comics and I loved that it was added, it gave more dimension to the story and the characters.

The characters, even the ones I disliked, were all amazingly well described, they all had stories to tell, and they all were eager to tell the stories.

I am normally not a big fan of sports (at least not watching/reading about it), but I did like the parts with the rugby here.

All in all, this is one book I would really recommend. Though be warned the language is pretty colourful and there are quite a few sex references.