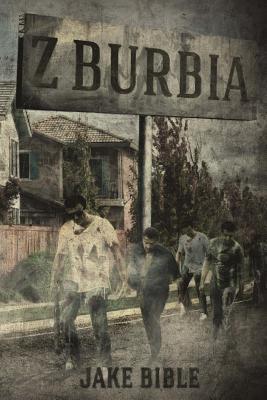 The book starts off and all seems normal, but then we quickly find out about the zombies, and how life totally changed for these people. Though, not that much, these people from Whispering Pines just live a relatively normal and calm life. They have power, water, they can drink tea whenever they want, play console games (yes, even that) and all in all I was at times wondering how these people will/would survive. Because it is still the apocalypse, and one day the zombies will come into their little neighbourhood and then what? These people are so pampered, I just don’t see it ending well.
Luckily the community has some people who are pretty kick-ass and who can defend the place. Add to that the location (which is pretty epic and I can imagine that they survived for as long as they did).

But pretty quickly the story turns quite grim, with suicide missions to the outside world, with people threatening their little world, with zombies being herded, with a lot of stuff going on. Life for Jace (our main character) turns to something more than just being the brain. He is pretty hopeless, that is something that I have to say about him. Seriously, throughout the book he needs help all the time, gets hurt every time, and well, I do wonder how he survived for so long.

I also really liked Jace, he kept going, even when stuff got tough, OK, OK he wanted to give up quite a few times, but still he kept going (or face the wrath of a very pissed-off, but pretty, wife). Jace really was a smarty pants and he thought of great solutions that no one else thought of.
I liked that the book was through his eyes. I am sure I would also be interested in Elsbeth or in Stuart’s story, but Jace is so normal, unlike Stuart who is ex-mariner and Elsbeth, well who is just Elsbeth.

Elsbeth was my favourite character out of the whole book. Sure, when we met her I didn’t like her, though I think it was mostly feeling sorry for her. Later when we saw what she could do, wow. I was just amazed. She isn’t really good with the talking, but she can kick so much butt. Zombie, or otherwise.
As we learn more about her, I just wanted to reach out and hold her. Tell her everything was fine. Poor girl.

The book is really crude (lots of cursing), so if that isn’t your thing then I would say stay away from this one. The word Fuck is really well represented throughout the book. Also there is quite some gore (especially after Elsbeth came into the picture), with graphic details of what happens to people who mess with our characters. Even my stomach was turning at times and I just had to skip through it for fear of puking all over the book.

Brenda, urgh, I so dislike her. She is such a dictator, and I just wanted to shake the people who vote for her, who give her power.

The story itself is really great and you are in for a rollercoaster of awesomeness. Don’t get too attached to characters though, this is the zombie apocalypse, and the author isn’t afraid to kill off people.

There is a lot of comedy and great quotes/jokes to be found, at times I was just laughing my butt off. I do have to say, that I am sure pink Yoga pants and purple glittery tops are fitting for Jace. 😉

All in all, if you are looking for a great zombie read/great Halloween read, this is the book to go to.