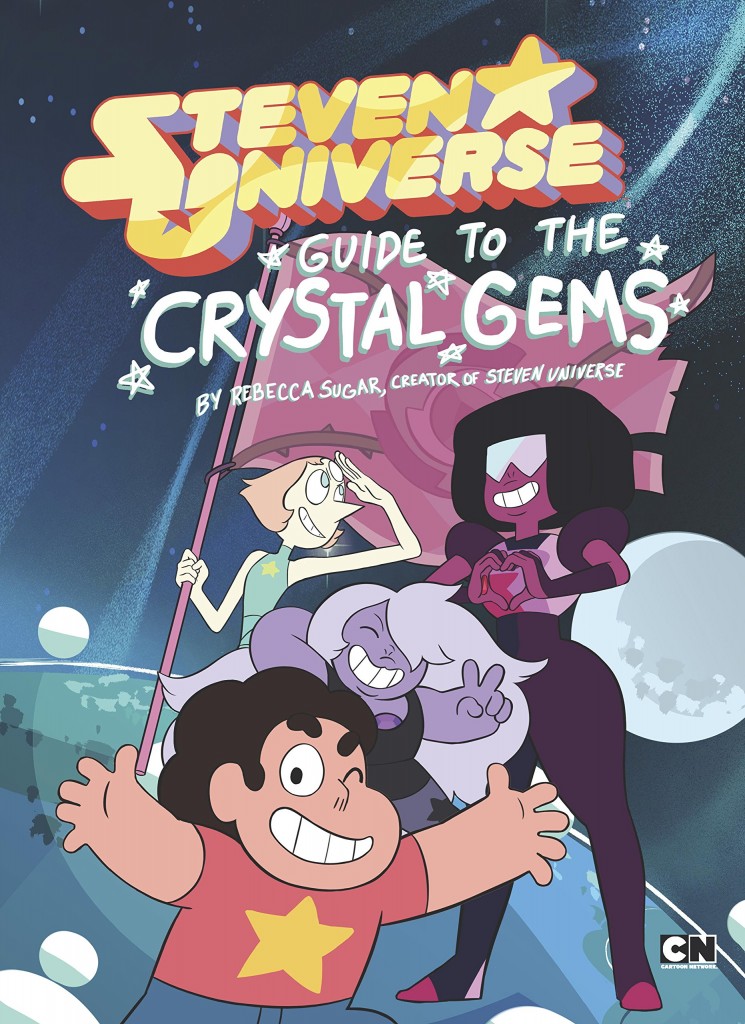 I just want to first tell that I never heard of Steven Universe. I just picked up this book because it looked interesting, the art looked fun and I was curious about what it was about.

Sadly, the book isn’t that good. It is not that you really need all the inside information on the cartoon (apparently it is a cartoon), but I expected this to be more graphic novel/comic than the constant explaining/talking about how stuff worked. I know, I know, this is a guide, and it was kind of expected that they would talk a lot, but I had hoped they would do so in illustrations. There are still illustrations/images, and that is what saved this book for me, but the text was at times so boring that I was just yawning.

You also don’t really need to know about the cartoon as a lot of stuff (maybe too much) is explained in here, but there are also some spoilers on what happens in battles (who defeated whom).

The characters and their introduction was interesting. My favourite characters would be Garnet and Amethyst. Steven looks highly annoying, Pearl looks and sounds boring.

The fusions were interesting, it is fun that these characters can fuse and become (even more) awesome.

The art is pretty awesome; I really like the style and the colours they use for it.

Will I be watching Steven Universe? I might try it out and see what all the hype is about (since apparently it is pretty popular if I have to believe Google). Would I recommend this book? I am not sure. For the art; yes. For the rest? No.