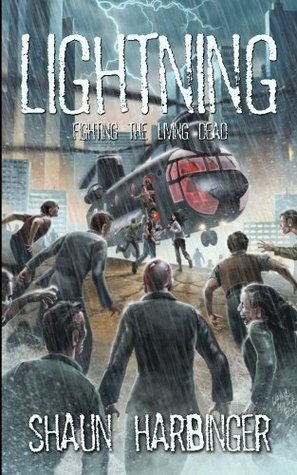 A good book, but however the plot really took a turn for the what the hell is happening and characters I liked from the previous book turned to be quite bitter (of course, logical, if you know what happened, but still, it was their idea in the end, so they shouldn’t go boohooing afterwards when poo hits the fan).

The book was also great in the creepy-and-OMG-I-won’t-be-sleeping-soon-again-factor. If you thought mindless zombies (who I still see as smurfs, sorry!) were creepy, if you thought the hybrids were WTF, then sorry, you will be seriously peeing your pants with the new horrific monster the writer thought of in this book. Say hello to patient zero, or in other words, if you see him, just shoot a prayer and hope it is all over soon since you won’t be able to run or dodge him. Man, patient zero is one effed-up monster that you seriously don’t want to meet in daylight or nighttime. Sadly, our “heroes” will have to face him, will have to do something, because they have no choice.

And the parts were they were in the lab? Hunting for that ingredient? Fighting to survive? Dang, I just flew through those, though I also wanted to close the book and go nope nope and nope a lot of times. There is lots of gore, but also enough moments were nothing seems to happen until BAM something does and you will fly off your chair in fright.
It doesn’t also helped that the author really knows how to set a mood, and he also doesn’t shy away from throwing around details that will make you get goosebumps. You can just imagine being in that lab. You can just imagine seeing the zombies, to see hybrids, to know you have to run or else!

Again, like I said in previous books, don’t get too attached to all the characters, though I even failed to do that a few times. 🙁 You just get attached to them, you just want them all to live and survive and find their families, find happiness.

The ending was really great, though I do have to shake my fist at the cliffhanger at the end! Arrrgghhhhhh. Now I can’t wait until book 4 is out.

Oh I also have to give praise to our main character, I am starting to like him more and more. With each book he becomes better at surviving. Showing that he isn’t only smart, but can also kick some butt, human or zombie. And I also love that his view on how he looks is getting better. From someone who was ashamed, to someone who isn’t that scared to show his body. I love that this was added, it gives a lot of extra dimension to a character. To show that in a crazy world, humans will be humans, humans will think about how they look, how they speak, how they act, everything that makes a human human.