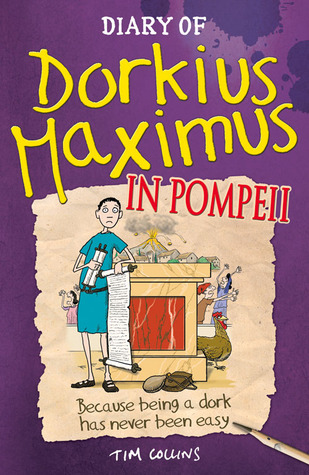 1.5 stars. I saw lots of people rave about these book/this series. I can honestly say that I am really really disappointed with what I read in this one.

I was interested in this one because of the Pompeii setting. Pompeii and what happened there is an event that I have always been interested in, so I thought we would get a bit of that in this one. Sadly, not. Most of the book Dorkius (who the hell names their kid this) is running around, acting like some elite kid (which I don’t think he is), and being a complete idiot.

And sure, maybe I should have read the first book, but I wasn’t sure which one was first when I was at the library, and this one looked the most interesting. But I will say that you don’t really need to read the other books to know about stuff in this book. At least that is how I feel, I wasn’t confused once. Or wondering what the hell happened.

There are various strange and weird characters which made me dislike the book even more. Dorkius’s mom is a complete idiot, his dad focussed only on his job, then we have the town’s idio, um I mean ruling people, or whatever they were. And the list can go on. I wish we would have met that Numericus guy, that would have made it all so awesome.

Then near the end I was actually hoping for some kind of action…. but of course not. 😐 I won’t spoil anything, but let me just tell you I was hoping for things to go with a big boom.

The illustrations in this book were fun and gave the book a bit of life (which it could use).

Would I recommend this book? No. Unless you don’t mind a horrendous main character and an uninspiring story.