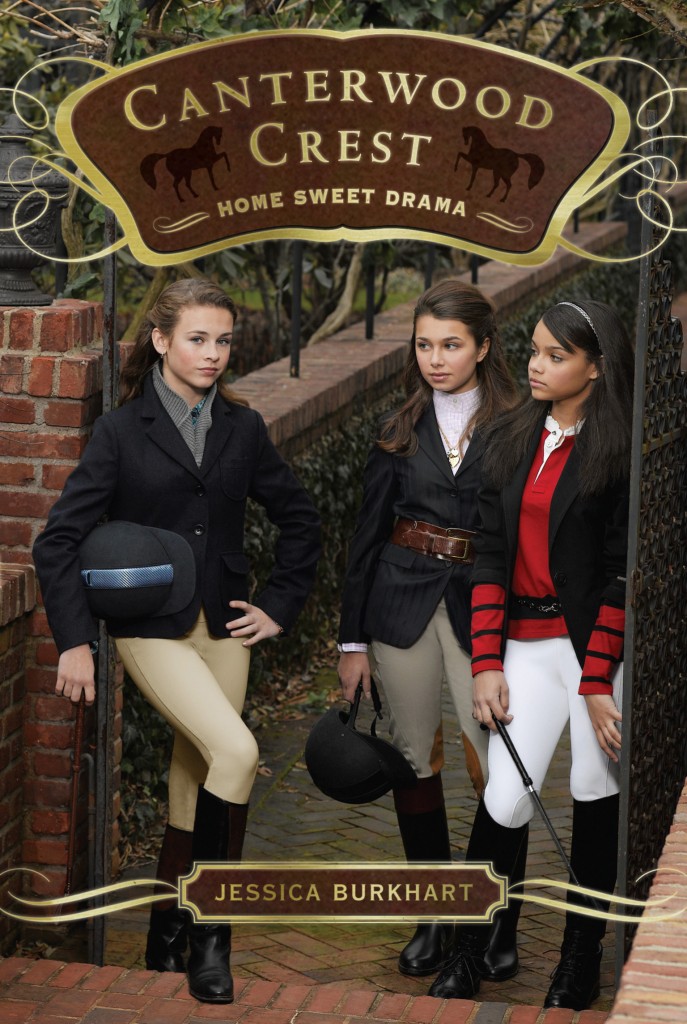 But sadly, even with the rejoicing of the removal of the most annoying character ever, there is still the drama between Sasha > Jacob > Callie > Eric and also Sasha’s annoying : OMG I can’t do anything rant, which is OK, and gave depth in the beginning, but by now I am doubting if she can ever do anything without worrying about a gazillion stuff. If she only let it be with doubts, and not let her be too influenced by this, but OH NO, of course not. Miss Sasha must stress so much it is also affecting her horse, and also her friendships with others. Which seriously frustrated the heck out of me, to the point I just wanted to shake Sasha and make her see that she shouldn’t do all the shit she does. 😐

But there were also good things in this book. A certain queen of bitchiness and bullying finally is gone, Heather is starting to become more human and starting to become my favourite character (which is a shock, I really hated her at the beginning of the series), the Trio has gotten their revenge (finally, it took ages), Paige is being slightly annoying, but also being a proper friend, and I love that she now has a certain someone to like.

Sadly, Jacob is still a freaking idiot, stupid and I just know what is going to happen between him and Sasha and I am not entirely looking forward to it. I think he is a dick with the way he treated Callie, and how he acted with Sasha. Bleh, bleh and bleh. He was such a fun character when we first met him, and he is totally ruined now.

The horse parts were really good, though I wish Sasha would stop worrying too much about stuff. She is doing OK, EVERYONE is saying this, but will she listen? Oh no.
Charm is so adorable and I love how he tried to comfort Sasha at times. Soooo cute. <3

All in all a mostly good book, but sadly I do worry that Sasha x Jacob x Callie x Eric and the Sasha worrying to death stuff will be popping up in the next book as well. And I am not looking forward to that. 😐