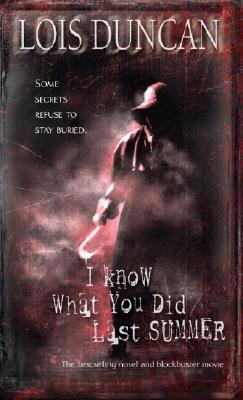 So my group on Goodreads started the Blind Date Challenge again, and my partner and I picked this book. I was really interesting in this one, I heard a lot about the book and the movie, so I was curious if it was really as good as everyone said.

Sadly, it was not. It started off pretty good though, and I was really exited to read the book. The changing POVs were done really well (every chapter we had a different character), and the story was interesting. However as the book progressed I started to dislike most of the characters and I was just getting frustrated with them.

Barry was just the most horrendous figure ever. How he thought of girls, how he treated Helen, how he treated what happened last summer. Disgusting. The first chapter I saw him, I kind of liked him, but as we started to learn more about him I just wanted him to be finished or gone as soon as possible.

Helen was the second on the rank list for horrendous character. What a self-centered, sad, pathetic girl that was. Bah. How she treated people, how she only had eyes for herself and Barry. Bah.

Ray, I found him quite nice, but also just annoying that he apparently doesn’t get the word no.

I was also shaking my head at the sheer stupidity that these kids had. You do that? And just decide to make a pact and do that? What the hell is wrong with you. Did you really think you would get away with it all? Did you think the guilt, or someone coming for you would not happen?

Phew, I had to get that off my chest. That frustrated me so much.

The plottwist? Eh, I saw it coming, and at a certain point was really sure about it, which kind of ruined the book further for me.

The whole revenge thing? HAHAHAHAAHHAHA, sorry, I just almost rolled off my chair there.

Not recommending this one. There are better thriller/horror books out there.