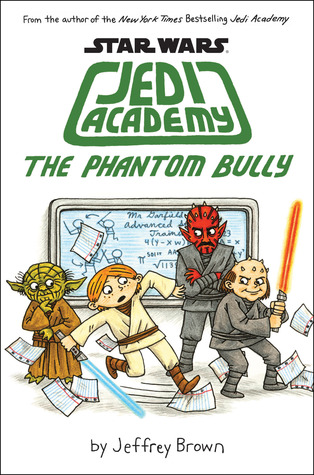 Wow, what an amazing ending to a fantastic series. Go Roan!

And so the series end, I will be missing it. Though I am hoping that the author will also tell us about Roan’s High School years (since I am guessing those are next).

This was even better than the previous one. Roan is finally on track to becoming an awesome Jedi/Pilot, he is friendly and kind to his friends, and they are friendly and kind to them. We also have a whole lot more romance between Gaiana and Roan, and I was just awwwing at all of it. They are such a cute couple, and it is just adorable to see them being clumsy around each other, worry about stuff, be embarrassed about dating or kissing. I have a good feeling that they will be together for a long time to come (at least, I hope so).

There was just one thing I didn’t like, though maybe that would be two, Ronald and Cronah. By God, how did those 2 get accepted in the Jedi Academy? They are clearly on the path to the dark side, and they won’t return to the right side. I disliked both of the characters in the other books as well, but they triple their efforts in this one. The stuff Cronah does are just horrible. Making jokes, pranking, making sure that Roan gets in trouble (why no one would believe Roan though is a mystery to me), I was wondering why no one took action against it. I would say that Yoda would know what is happening, with him being 700 or so years old, I would expect he can see that some of his students are on the road of darkness.

Ronald was just a slimy bag of bleh. We have seen some of his antics in the previous books, and he really ups it in this book. Bleh. 😐

But other than those 2 characters, I loved this book! We have a new character named Lilly, and while she did seem a bit of a bragging type, I also liked her. She was friendly and kind to people, tried to help them out. Her friends from her other school also show up, and I was happy to see them, it was so much fun to see all of the characters together having a great time!
Cyrus, who was a big bully in the previous books, even turns to be one of my fav characters. I hadn’t expected that, so I was really surprised (in a good way).
Of course we also have a grumpy Mr. Garfield, but I have to say, with that ending? I still dislike him, but I can somehow, very vaguely, see why he is acting like such a dick towards Roan.

Once again the book was filled to the brim with report cards, newspapers, diary entries, comics, letters, drawings and so so much more. I know I have said this before, but I just love it, it was so varied, and it made it more like a journal than if it was just written diary entries. I also like that the author/illustrator drew crease lines, so that it looks like the letters have been through some stuff, making it even more like a diary.

I loved the various lessons that we had this year, I just wish I could also go to the Jedi Academy, it seems like a fun place. Though the exams do sound a bit stressful (but also on the other hand, very fun).

The ending? I loved it, of course I won’t spoil anything, but I am sure that people will also love it and cheer happily.

All in all, thanks again my dear boyfriend for buying this amazing boxset, I really enjoyed reading it and I would highly recommend it to everyone. Young and old will be loving these books, enjoying the adventures of Roan.