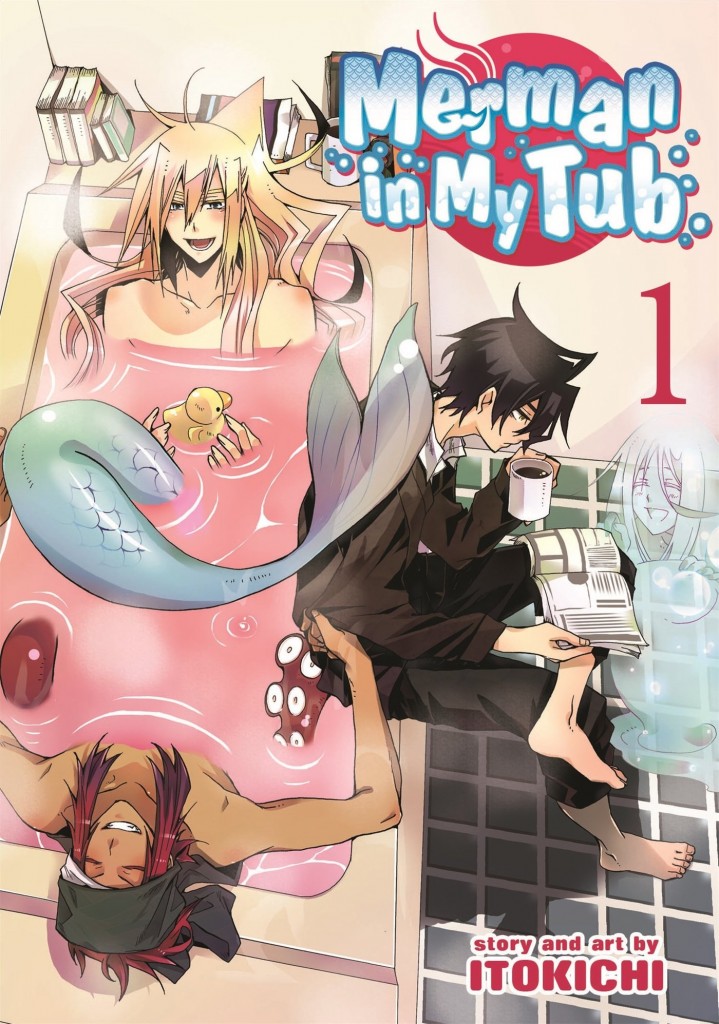 4.5 stars. I am so happy that Seven Seas is publishing this one in English.

I loved the anime, so I was absolutely squealing when I heard about the manga being licensed. And now, after a long wait, the manga is finally out and I finally had a chance to read it!

I have to say it took me some time to read this one, this I can blame on two things, one a busy day, and two the fact that the anime followed the manga quite closely. So most if not all of the jokes were known to me, and I can tell you that a joke is fun once, maybe twice, but it gets pretty boring after that. I was still enjoying myself, and the manga is great, but I just knew most (if not all) of the stuff already.

Generally the men in this book are pretty hot (well if they are in the mood, since sometimes they don’t look to yummy).

We have several characters, human and supernatural, and I love them all. We have Tatsumi, who is a teenager but doesn’t really look or act like one. I like Tatsumi, though I feel sorry for him, if only he had known what he had dragged to his house. I love how serious he is, but also how fun he can be if he lets himself relax and have fun.
Then we have our second main character, a merman named Wakasa, who is quite self-centred, an idiot, and also quite playful with the attention span of 1 second. I didn’t always like him, as I found him a bit too self-centred at times, but in the later chapters he sees that Tatsumi is trying hard and tries to help out. I am glad that he changed in that way, it makes him a better character.
Then we have an octopus, a jellyfish, a shellfish, Tatsumi’s sister, and his friend (though he barely seems to be doing anything with said friend, but that might be because the manga is so centred on the bathroom).

There are various holidays that pass revenue. I really like that those were added to the story, it gives the feeling that time is really passing by and that it isn’t standing still.

The art is gorgeous and I just love how everything (especially the men) are drawn. It is mostly 4-koma, but the story also continues in the normal manga way. I like that this was done, it gave a bit of variety.

All in all, this is one manga (and also anime) I would highly recommend. I will be eagerly waiting for the 2nd volume to be released!