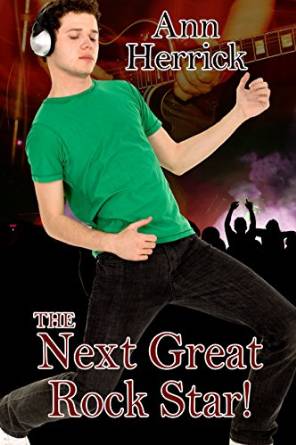 Phew, this was a hard book to rate. On the one hand it was really great and I enjoyed, but on the flipside I didn’t particularly like the characters all the time. Jason was kind of so-so at the beginning, then something happened and he became a huge jerk. Layla, I didn’t like her from the start and that stayed throughout the book, Kyle was just Kyle and at times I wished he would just open his eyes, and then we had Mac who we didn’t see much of, but who I liked a lot (at least he tried to keep the group together, to make sure they were still all friends).

The story was nice, and also really interesting. I like reading about the band, but also about Jason’s family.

Even though Jason was a big ass jerk for a big part of the book (really his ego just went from tiny to a whole mountain), and I didn’t like how he acted towards his friends/his band. But thankfully he also shows regret and remorse (even though it takes a bit of time for him to do that). I loved him with the little cat, it showed he also has a different side.

Layla, I didn’t like her, even with the ending, I found her a bit too bossy and demanding. Always acting like she was better and I didn’t like how she treated Jason.

But all in all, this was a pretty nice book about bands, about lightning, about growing up, falling in love, and friendship. And all that happens in the span of a summer.

2 thoughts on “Review for The Next Great Rock Star!”