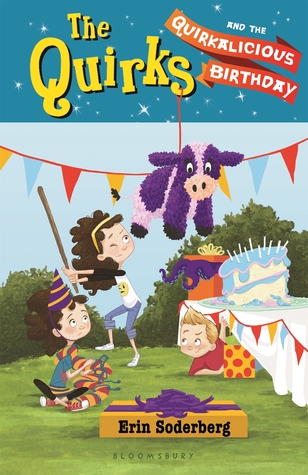 Well, this was a disappointment. 😐

And I had so much difficulty in finding this book. I had the paperback pre-ordered some months ago, but it seems that one was discontinued, and so I cancelled my order and switched it for a hardcover (even if that meant I would have 2 paperbacks and 1 hardcover now). I was really, really looking forward to this book, and I am so so disappointed with how this book was written, how the characters acted, the ending (and what happened to the present).

Molly and Penelope often bicker. Molly is often grumpy, which is logical, she just wants to make friends, blend in, and her family, and especially Finn and Penelope are making it hard on them to stay somewhere long. She has to keep an eye on both of them, and it tires her out. She just wants to do something for herself, instead of worrying all the time about her family. I normally sympathize with her, but in this book? Not at all. Sure, at some points I agreed with her, but often she was just a big hypocrite. Saying her sister didn’t want anything that she wanted, while actually she was rejected her sister’s stuff just as much. And so there are several instances I was just shaking my head at it all.

Penelope, a pretty decent character, but I hated how she acted in this one. She has to start looking out for herself, instead of relying on her sister all the time, and thinking that will just go jolly well. And sure, she feels a bit sad about it, but often she just eagerly grabs any chance for her sister to have to comfort her, or have her sister compromise to make sure Penelope doesn’t make her imagination go wild. Because really? Imagination is fun and all, but come on, this kid is 10, hasn’t she learned how to handle her power by now? She did several things in this book that I just absolutely hated. Like the piñata thing, or the present (which I will discuss in a moment).

And then we have Finn, oh my gosh, I just so hate that character. In the other books I often found him annoying, frustrating. He keeps pranking people, he keeps being a pest. But in this one? He almost ruins the birthdays of his sisters, he spoils quite a bit of the scavenger hunt, doesn’t get the freaking hint that it is his SISTERS birthday, and not his. And so I could go on an on and on for a long time. Someone needs to learn Finn that when someone says NO, it is NO. It isn’t a maybe, or a yes, or a possibility. I know, he is 6, but sorry, that doesn’t make a good excuse for me.

I loved Gran, Grandpa, Bree, Mr. I, I like the neighbour (who really turned out to be a great addition to the books).

The book seemed so much fun. Birthdays, week of scavenging, party planning, but instead it was just one big pile of steaming poo. Conflicts, arguments, discussions, never agreeing, I just got so annoyed with it all. These girls are so lucky. They get a week of scavenging, they get to have their own party, and what do they do to commemorate their first real party? Bicker. Endlessly. Oh and complain about their scavenger hunt, which their dear old Grandpa took a long time to plan and execute. But gratitude is far to be found for these girls.

I did like the scavenger hunt (at least the idea, not the actual thing), though I do wonder how the girls never saw what it was going to be. As soon as they started to talk about a certain topic, and as soon as we found the second present, I knew instantly what it was.

The birthday week at school seemed a bit excessive. Though also kind of fun. The only thing we had here in elementary school was that we could treat people to yummy food (candies/fruit), and then pass by all the teachers and give them a treat as well, and then get a card or stickers from them. It was great fun, but really, that was all that happened, and it all happened on the day of the Birthday or (in case of weekends) the day before or after the birthday. Nothing about a week long party.

The ending, I also have to talk about that. And I will put it under spoilers.

I gave it a 2 stars because I liked several characters, the idea of the scavenging hunt was fun, the Grandpa was really nice for doing all that for his grandchildren. And because I actually got through the book pretty fast. Oh, and I liked the illustrations.

All in all, I wouldn’t recommend this book at all. And I am doubting if I will buy the last book in this series.