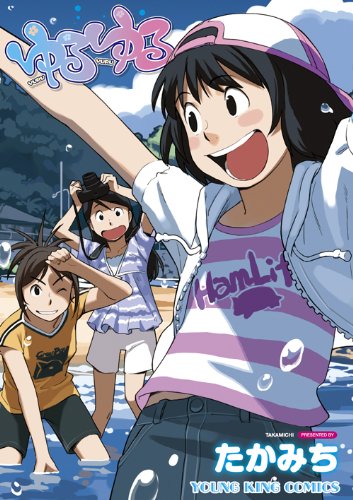 I am not entirely sure what to think of this one. It has a few good moments (loved the hamster part, or the parts with the pigeons), but it was also highly confusing.

We just get thrown into this world, we have 3 girls, sometimes also a guy, and the chapters are really short (longest one was 17 pages), so you can’t really get used to who is who in this manga. They seem to be really nice characters, but yeah, I am really distant from them, as I only see them so shortly and without much happening. There is a beginning, a middle and an ending, all in often just 6 or 7 pages. Sometimes this technique works in manga, but I feel that this one would benefit from being longer, or at least that they give us an introduction to the characters and the world. And then I mean at the beginning, not at the end of the manga volume, as was the case with mine. 😐

The stories? They are truly slice of life, at times there are jokes, and sometimes they make me laugh, but in general I was just relaxing and seeing what the girls were up to.

The art is pretty good and I love that all the art is in colour. Mostly manga will be in black/white so it is refreshing to see the characters and their world in colour. I wish more mangaka would do that, though I can also imagine the enormous work of shading, colouring and everything else.

All in all, I might continue reading this series, there are only 3 volumes out, and I just finished the first one, so I am sure I can handle that. 🙂

Would I recommend this one? Not sure, on the one hand it is a nice relaxing manga, but on the other hand I feel so distant from the characters and their world. So yes, and no.