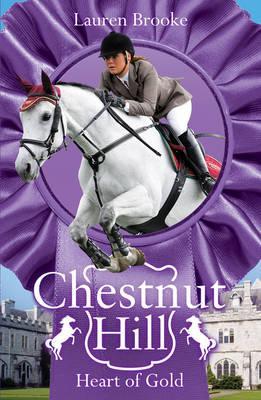 Well, this was a disappointment.

I was really excited to see a book with Honey in the spotlight, but it turned out to be a big disappointment. This was 98% Honey’s fault, and 2% Patience/Lynsey.

Honey seemed like such a great character in the other 2 books, but I am not sure what happened to her, but in this one she was a pain in the ass, I didn’t like how she kept stuff secret, how she stalked, how she butted in while she had no RIGHT to do that. I don’t care that she was doing something right. She NEVER gave that girl a chance. She just saw that freaking horse, and claimed ownership over it. She stalked, she kept ignoring what everyone said, and so much more. I hated that she just couldn’t keep her nose out of other people’s business. That horse had enough other people to care for it, and otherwise I am sure Ms. Carmichael would have taken action. I also don’t understand why no one took any action towards Honey, well with the occasional remark from Patience/Lynsey/Ms. Carmichael, but I had hoped for more.
If there is anything more annoying than someone taking bad care of a horse, it is a girl who can’t understand the word no or this is not your horse.

Also while I can vaguely understand her keeping her brother/what happens to her brother a secret, I wish she just had told them honestly. Did she really think they were stupid enough to not notice that something was going on? That something took most of her mind? Are you sure these are your friends? I am sure they will understand if you explain you don’t want them to fuss over you. You never gave them a chance. 😐

Was there anything good in this book? Oh yes, the riding parts were good, and when Honey acted like she used to in the previous books, but other than that? No.

I do hope the other Honey books will be better, otherwise I might just skip them and go straight to the next one, just making sure I read the blurb on the Honey books.