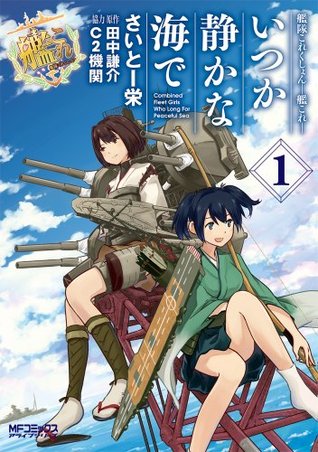 I absolutely loved the anime, and I have been interested in the game as well. I decided to see if there was a manga, and there was. Several actually, most of them Doujin, but a few are actually published works.

This manga was really fun, and great. It mixes battles with slice of life, with also adding some realistic stuff as well, such as our ship girls worrying about battles, about life, about how to go on with things. I really like that this was done, it made the girls seem more real.

Almost all the chapters also have (at the end) a little information about the character that was the main for that chapter. It will tell us what ship she is based on, what classifications she has and much more, I liked that this was added. I don’t know all the ships and their information, so this way I get to know more about the ships. It makes the story come alive now that one knows more about the ships and what their use is.

I like that the girls look normal for most of the time, but when they are in battle they are covered with their ships parts. Including several very adorable little people who fly the planes (some of the ships have landing strips) or who help out with construction/fixing stuff.

The art is beautiful and I love how the battles were drawn. You could just imagine yourself there, in the heat of the battle, shouting and cheering for the girls. Because no one wants to be sunk by the enemy.

All in all, this is one manga I would recommend to everyone.