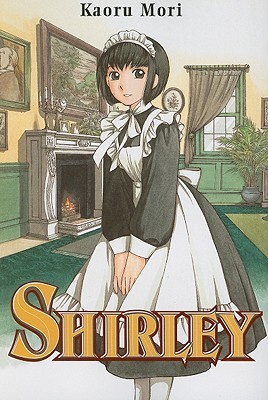 4.5 stars. I loved the Emma series (manga/anime), so I was delighted when I found this little gem.

This little book tells us stories about maids, like Emma, who work at a mansion. The most chapters/biggest story goes to Shirley. Out of the 7 chapters, she got 5 of them. She was my favourite girl, and I was actually sad when her story was over, I would have loved more of her, I want to know more about her backstory and see what happened to her (since she has got quite the background).
I loved how mature she was (though I guess that is what happens when one is alone/orphaned in a time like that). At times I thought she was a bit silent, but then she would burst something out and I was just applauding for her bravery.
I also loved the lady of the house, especially since she was working, she was independent. She wasn’t married like all the other women, she had her own job, her own responsibility and I was delighted to see it.

The other two characters (and other two chapters) are about Nelly and Mary. Nelly’s story is about her relationship with her young master, and how things change after a certain event. I really liked Nelly, though I thought she looked a bit too much like Emma, which was a bit confusing. I also didn’t entirely like the young master, I found him a bit too annoying at times. Too spoiled.

Then we have Mary, and her time with a viscount. This viscount is quite the character as he loves to prank people. Anyone will get pranked. Sometimes with some harmless things, but some things weren’t that harmless. I still liked both Mary and the viscount, they make for quite an interesting pair, bickering and at times Mary doesn’t like him, but you can tell she really just cares about him a lot. Worries about him, as he is quite old.

The art is really pretty, though the eyes at times look a bit weird/off. Other than that, feast your eyes on all the pretty details. The detailed backgrounds, the gorgeous scenery, you will just imagine yourself there at that time and place.

Would I recommend this one? Yes!