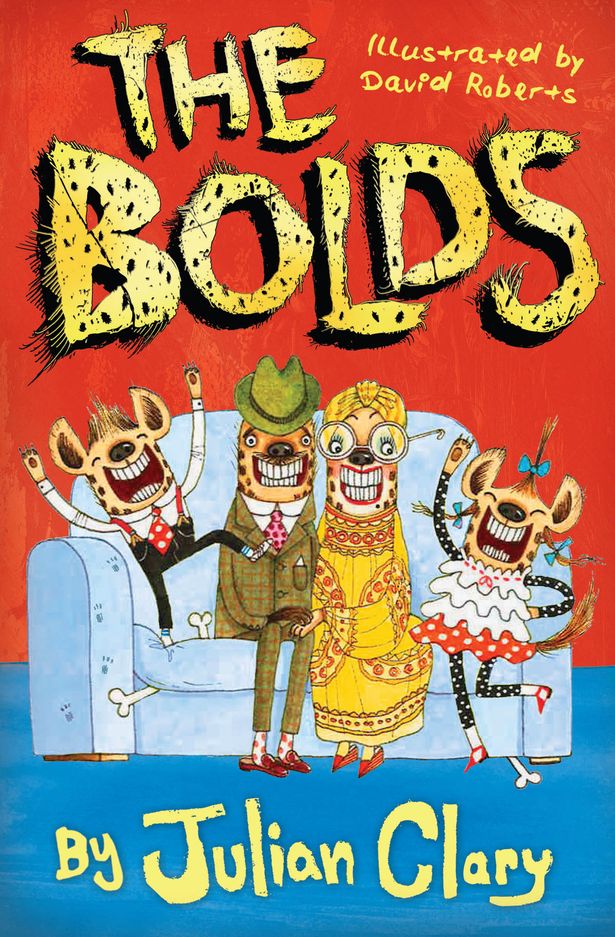 I saw this book and the cover immediately pulled me in (I am a cover lover after all), after checking the blurb, I knew I just had to get this book, and I did.

And I am so happy I did, because this book was amazing, it was funny, it was a bit sad at times, at times I was frustrated with a certain character, but generally I just laughed my butt off at the silliness, the bad jokes, the whole family (especially the dad).

I won’t tell you their secret, though I guess, you could guess from just looking at the cover. What other creature laughs so much, what other creature is so hairy with spots, what else has such big teeth and snouts?
Still I will let people find it out themselves, it is a secret that is quickly told (in the first few pages), but I still don’t want to tell anything.

I loved The Bolds, I love what they build up, and I had a laugh when they had to tell their kids about their secret and what to do with it. The kids had finally reached the age were they could be told about it, and to know what they are.
The kids were really fantastic, and I really liked them.
The parents were fun, and I especially liked the dad. He really cared about his wife and kids, he tried to cheer them up during times that weren’t easy (though of course, them being these kind of critters, they always were always laughing).
Though he was also the most wild out of the Bolds. He did all sorts of things that could endanger their stay there.

There is also the typical trope of old, grumpy, bleh, dude next door. I really don’t like that trope, it was the one thing that I didn’t like throughout the book. Only at the ending (with the revelation) did I start to like him a bit. I still didn’t like that he acted the way he did. I found it rude, bad, and I just wanted him out of the story.

I did love that little girl who was friends with the kids. I was worried about how the story would go when certain things came to light, but she really surprised me. I hope she will get a bigger role in the next one.

What happens around the middle of the book and which continues to the end? I loved it, I am sure I could have loved a story about The Bolds all the book long, but this brought some extra excitement and fun to the story. I can’t wait to see these new characters in the next book, I am curious as to what happens in that one.

There are also illustrations and boy oh boy I loved them! They fit the hilarious family, the crazy antics that happened in their lives. It captured The Bolds perfectly, while I was reading I could just picture them like the way the artist did. 😀

All in all this is one great, hilarious book, and I would highly recommend it. As for me? I already pre-ordered the next book and can’t wait for it to come out.