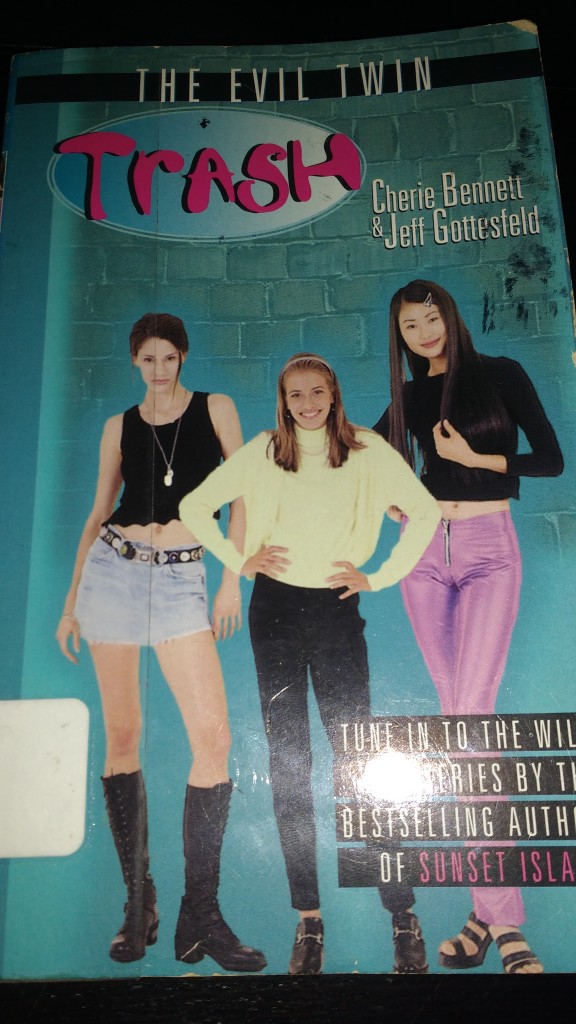 Sadly it seems no one ever cared to pack 5/6 together, just like they did with 1/2 and 3/4. It wasn’t easy to find them (OOP), but I found them, and even if they are damaged/old library books, I am glad I have them.

I also do have to say I was just laughing when I saw these covers. Why? Because Karma (the Asian girl on the right) is actually tiny. She complains about it sometimes in the books, and even says that without any make-up she looks like a 10-year old. I guess someone didn’t read the books. 😀

Now to the book itself. This book is all from the POV of Karma, and takes place right after all that happened in the last book. How Chelsea was outed to the world as the daughter of an infamous murderer. And this book continues with that, so you have a bit of a mixture of Chelsea’s new problem + Karma’s life. And Karma’s life is pretty rocky as well. She was adopted when she was a baby and now she found out she actually has a twin sister. Now, I would think anyone would be delighted to find out they had a sister, but not Karma’s twin sister. She is mean, rude and doesn’t want anything to do with Karma, or does she now?
Because Karma does visit her parents, and she finds out several things about her sister.

Then we also got her and her boyfriend’s relationship, which is really sweet, though I can imagine why she would feel insecure when she finds out he is still talking to his ex, just as friends of course, but the girl still talks to him with a nickname, and clings to him. I just wanted to smack the girl and tell her it was over, and not to do this.

And then of course, typical for these books, we have a big twist coming up. This time to do with Karma’s new family. What is the secret, what is wrong with Karma/Janelle’s real mom? And then that ending. Wow, bang. Cliffhanger mode (nothing new, since this whole series thrives on that, but still bleh!).

I have to say I didn’t like Chelsea’s mom. Not even listening to her daughter, not even hearing her out. 😐

The book was full of drama, romance, some sad moments, and of course that cliffhanger.

Though I am not entirely sure where the whole Evil Twin part comes in. Yes, Janelle doesn’t want to see or have anything to do with Karma, but does that make her evil?