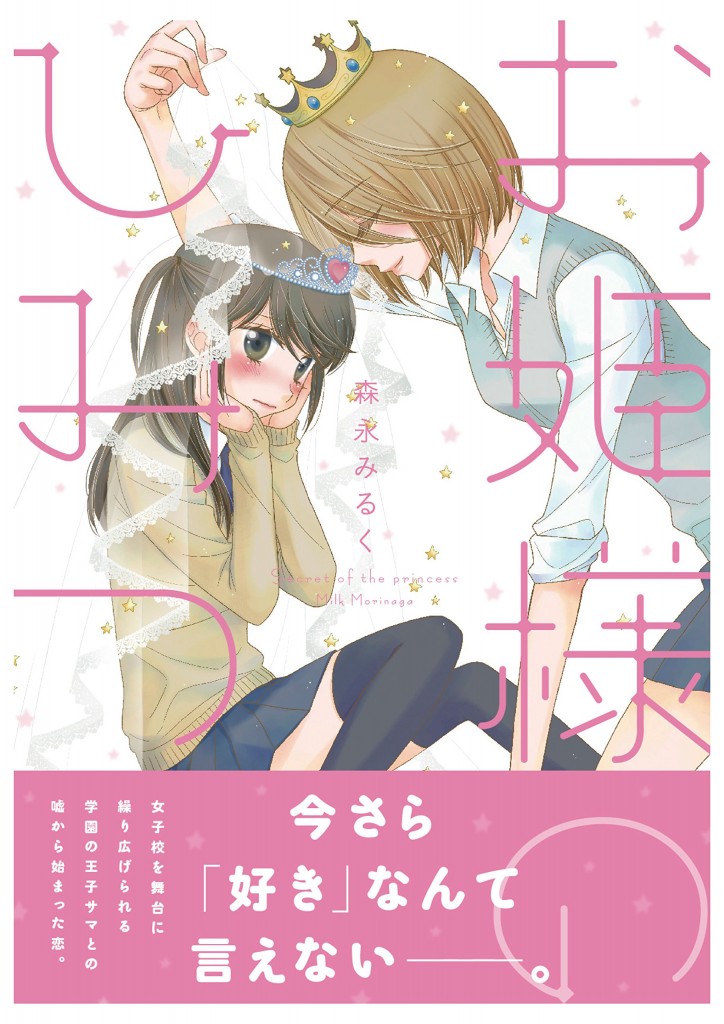 Morinaga Milk has done it again! This manga was amazing. Miu, and Nagisa were just the perfect characters.

Miu is the girly girl, following her mother’s advice to the max, trying to be beautiful for that one prince who will marry her. And then she bumps into Nagisa, Nagisa who just crushed an expensive vase. And from there on we will see Miu be confused about her feelings. On the one hand she keeps telling herself this is just practice, that this isn’t a real relationship, but slowly you can see that Miu is (without often knowing it) totally falling in love. You can see her make special things for Nagisa, you see her blush when Nagisa gives her attention, you see her drool over Nagisa and so it continues.
Of course she gets quite a bit of attention, not all that good, from her classmates in the girls only school. Girls are jealous, are angry at her for stealing their prince. People accuse her of not being serious about her relationship with Nagisa (duh, though it is changing, the relationship started out as fake). But Miu does her best to get through her days in school. I really admired her, that even though her friends turned away, even though people were mean, she just soldiered on.

Nagisa, I just loved that girl, but dear Lord, she was completely blind (just like Miu) to what was happening. I had a big laugh at one scene where she did something to Miu and Nagisa just ran away in shock.
I think she was really sweet, though at times she didn’t say the right thing and made Miu cry (though that was also kind of Miu’s fault).
I felt sorry for her that everyone seemed to love her, but never dared to get close to her. She just wanted friends, or classmates to talk to her, but they all avoided her. 🙁

The relationship between the two characters was really realistic and I enjoyed it a lot. You can clearly see how it changes, and what changes. It was amazingly written, and it was a true rollercoaster of emotions for me. One moment I just wanted to cry, the other moment I was laughing my butt off, and the next I was cheering for these characters.

The ending, and all that happened there? I loved it! It was sooooo sweet and dreamy. <3

The extra side-story was really nice, and while I didn’t like either character in the beginning, after a few pages I really started liking them and the ending was really sweet.

The art was gorgeous in this one. I loved the expressions on the characters.

All in all, this is one manga that I would highly recommend. If you like girl-love/shoujo-ai manga, then be sure to read this one!