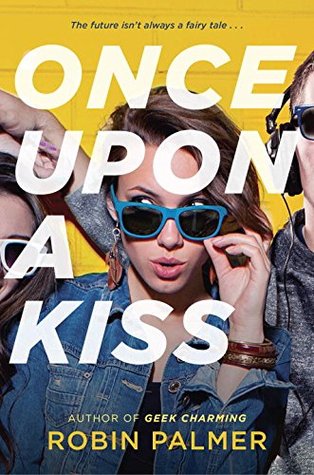 Well everything. For starters there is such a big technology gap between the two, so you can just imagine what would happen if someone from 1986 would be transported to 2016. Facebook, Twitter, Instagram, mobile phones, Facetime, Skype, flat-screen tvs, binge watching series, and so so much more.
And then there is the whole thing about clothing, things that were cool in 1986 are old-fashioned, weird and a no-go in this time (though then again, I would say pink lycra dresses or other things shouldn’t be worn at all, regardless of year).

But let’s start at the beginning. Our main girl isn’t really popular, if anything she is on the fringe of the outcasts, but she is still trying out for elections. Like a typical book her nemesis is the popular girl (whenever not?), and of course the popular girl has a following and the hot jock boy (again, why not?).
Luckily our main girl has a great friend, a boy named Jonah, with whom she can talk about anything and everything.
I really loved their relationship, I love it when authors write about boy/girl relationships without the whole being in love with each other thing that often comes with it.

Now fast-forward to the whole deal of getting to 2016. What one kiss, or well, was it a kiss, it was more a revival moment, can do. Our main girl wakes up in 2016, and instead of being the outcast? She is the queen bee herself. Of course she is utterly confused. I would be the same. Waking up in a totally different time and age, but still with the same body, same-ish family and then all the technology (what are all these bleeps and bloops?), and then also finding out that your nemesis is your best friend, her jock boyfriend… is now your boyfriend. Insert so much awkwardness!
I just laughed so much when she opened her closet to find it full of PINK PINK clothes! Or when she figured out her phone and then found out about the boyfriend part.

I also felt sorry for her. Her best friend Jonah? He isn’t her best friend in this world, and that is cause for a lot of stress. How will she get back to her own age? Can she befriend Jonah again? Of course Jonah is pretty much the same as in her 1986 time. He dresses like a hipster, he listened to music not known to many, he is quite opinionated and much more. It was kind of weird that he didn’t change, but it also had its charm.

But luckily, even with her new-found popularity, our main girl just does what she does best, being herself. Fighting against the injustice of the separation between popular and not-popular. Wearing what she wants and so much more. I was afraid for a bit that she might just change as well. That she would love her new-found popularity, that she would turn out to be a giant bitch after all. 😐
But instead she uses that popularity for something special.

I loved how she kept trying to become friends with Jonah (and of course his new best friend). And of course, I also loved certain other things. I won’t spoil anything, but let me just say that what happens between these two characters made me squeal so loudly. 😀

Of course there is still the whole: How the hell do I get back to 1986? Do I want to go back? (Because certain events do happen, that make her change her outlook on things.) She does her best to find out. With the help of friends, and a brother, she tries anything and everything.

I won’t say what the ending is. I just want to say that on the one hand I am happy with it, but on the other hand, I am not that happy with it. It felt a bit like a cheap-way out. Of course I could use spoiler tags to rant about the ending, but I won’t. Just read the book and tell me what you thought of the ending.

All in all this book is terrific and oh so much fun. I would highly recommend it to everyone.