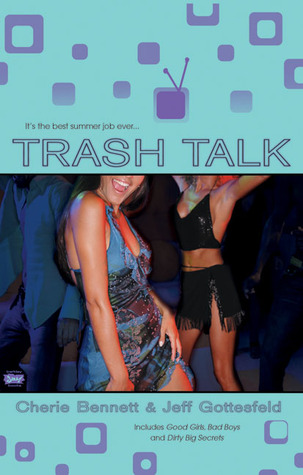 Wow, this was a drama-packed 2-in-1 book. I loved it! Now I just need to magically find book 5 and 6 (since apparently they didn’t care to repackage those in a new bundle), hopefully Amazon has it second-hand, because I am just dying to read how it finishes, especially with that Cliffhanger + the whole Jazz pregnancy thing.

But let’s not get ahead of ourselves. The first book is all about Lisha, what happened in Europe, who Harvey is, and a whole lot of Harvey drama. Of course there are also other things happening, but Lisha and her problems are now number 1, and I have to say it was really interesting, but also a bit scary, well at least for Lisha. That poor girl, we had hints of stuff in the previous books, so we had an idea of what was going on, but wow. Wrong decisions made and they will haunt you forever. That poor girl. 🙁

Harvey was just super creepy, I can’t imagine how anyone would fall for someone that psycho, but I guess he was acting normal at first, then changed to something like this.

Of course I won’t spoil anything, so you will have to find out what happens with Harvey, or with Lisa.

The book also focusses on other things. Like Nick x Chelsea, or the whole camera that was hidden thing.

And it all ends with that nice cliffhanger that Jazz is pregnant…. with Nick’s baby. So I was really grateful that this was a 2-in-1 book, because otherwise I would have screamed. 🙂

The next book is, surprise surprise, all from Chelsea’s POV and all about that Jazz pregnancy. Is she really pregnant? Is she faking it? Who is the father? Is it Nick? Or is it not Nick?
Not only that but we still have the whole Mass Murderer thing going on with Chelsea totally flipping (which is logical, anyone would do that). It was all really interesting, though I was frustrated with Nick and how he acted. I never really liked him. Not wanting to want commitment, not saying no to Jazz, almost making moves on her, and so on. Chelsea deserves a better guy, like Alan.

Oh dear, and that brought me to something that annoyed me. The darn love triangle between Alan, Chelsea and Nick. Making it worse now that Lisha is dating Alan…. Yeah, you read that right. Enjoy the mess. 😐
I wish Chelsea would just pick a boy and not just hover between 2 of them. You can’t have both of them girl, you can’t just go to one when the other is being bad.

It ended with a giant cliffhanger and now I am kind of screaming because I don’t have book 5/6 yet, and probably won’t for some weeks (since I have to get it second hand from Amazon…). I now really want to know how stuff end, what will Chelsea do? What is the result from the whole Nick x Jazz thing? And also how will it end? The next book will also be about Karma and her twin, and I just want to know more about that. Will they be reunited? Will Karma find out more about her sister? Arghhhh, so many questions! I just can’t wait to buy and then finally get the books. 😀

Would I recommend this book? Yes! It is a fun, drama-filled book with interesting characters and silly/dramatic plots.