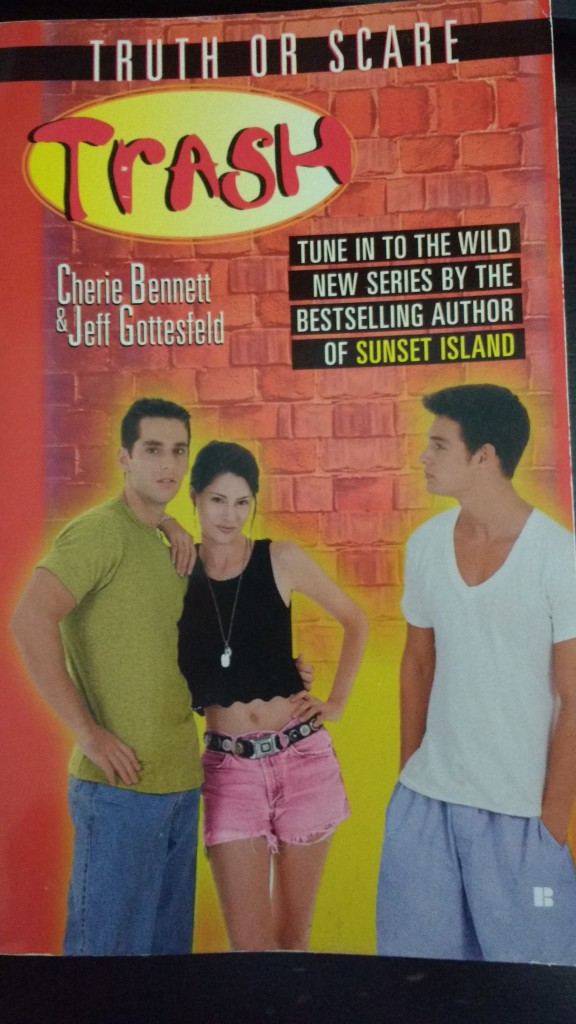 Well my plan to rate this book a 5 star took a big nosedive near the end. Why? Because apparently the book just creates yet ANOTHER twist, then ends it with a cliffhanger. Now I hear you say, but Mehsi isn’t that how all these books went? Yes. BUT, since this was the last book in the series, I was expecting that stuff was going to be answered, that stuff was going to be over with. HOWEVER, now? I am just seriously pissed. If I had known this? I wouldn’t have read this series. If there is one thing that annoys me to no end it is series that just end in the midst of everything. So now Lisha might have that? But is that doctor legit (considering what happened when Lisha was summoned)? What about Jazz? Is she pregnant or not? If yes, who is the father? What about Lisha and Sky? Will Alan ever find a girlfriend? What about Nick and Chelsea? Will they stay together? What about the tape? Do they still get found out? What about the summer? Will it end all right? What about Karma? Is she really all right? How is her sister? Will they get together or will they be cold to each other for ever? What is up with that Fawn character? I can just go on with the questions, and I am just seriously pissed that apparently there is no book 7, nor any mention of it, nor anything on the internet with a reason why they suddenly stopped mid-series.
So yeah, after finding this all out, I am dropping 3 stars from this book, and I wouldn’t recommend this series to anyone any more. Which I was planning, as this series was pretty great. But I am sure that a lot of people won’t like an incomplete series. Bah. Bah and triple Bah!

There is a lot of things happening in this book. Jazz announces on TV who the dad of her kid is (but then there is still the question if that truly is who the father is, we are still not sure if she is really pregnant or just seeking attention) and thus we have a lot of chaos.
Then Lisha finds out about Fawn, a 15-year old attention-seeking brat who clearly wants to dive into the pants of Sky. And Lisha also finds out something else, but as I said, is it really legit? Considering something happened when certain stuff were in progress, I am really wondering about it, though again, I guess we will never find out. I guess in my head I will just have her be in the clear.

I really hated the addition of Fawn, my Lord, that kid was annoying as hell. Rich, spoiled, bratty, a liferuiner and much much more. It seems she thrives on destroying things and claiming people for herself. Bah. Bah and bah.

We also finally are getting somewhere with that Love Triangle we had between Lisha, Sky, and Alan. I am not entirely happy that all this drama was needed for the characters to move on, but oh well. I am at least happy that everything is now a bit better.

It is really a shame the series ended like this. I wouldn’t have minded more books, but I guess it was just not meant to be. 🙁