My, oh my, I was super lucky this Saturday! A few weeks ago I received a newsletter from the ABC bookstore with in it news about 4 new book bags (with quotes), and that they were limited edition (there were like 100 per quote). Out of the 4 bags I wanted 3 of them. Of course, I resigned myself to never getting the bags, because even though one of the two ABC bookstores isn’t that far (especially when one compares it to how far the other ABC bookstore is), it still isn’t a trip I will take just like that.
So today I walked in the store and I spotted the bags! At first I thought it was just 2 of the 3, but later when I got back from the second-hand part of the store, I spotted more bags, and those contained the one I still wanted!
And at the second-hand part of the store I found 3 books from a series that I still needed. Now I got that series complete. \o/

Here is my haul of epic stuff! 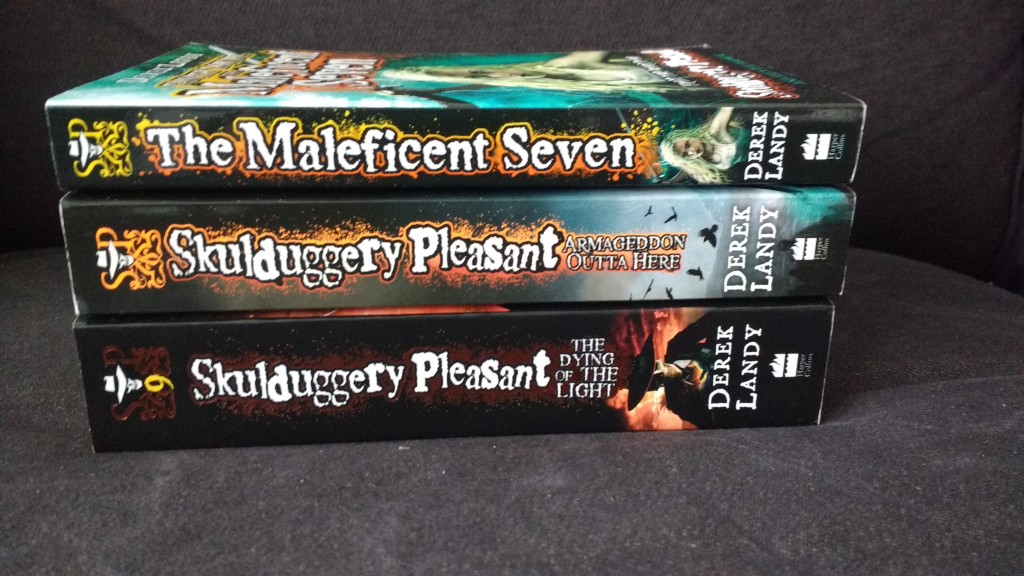 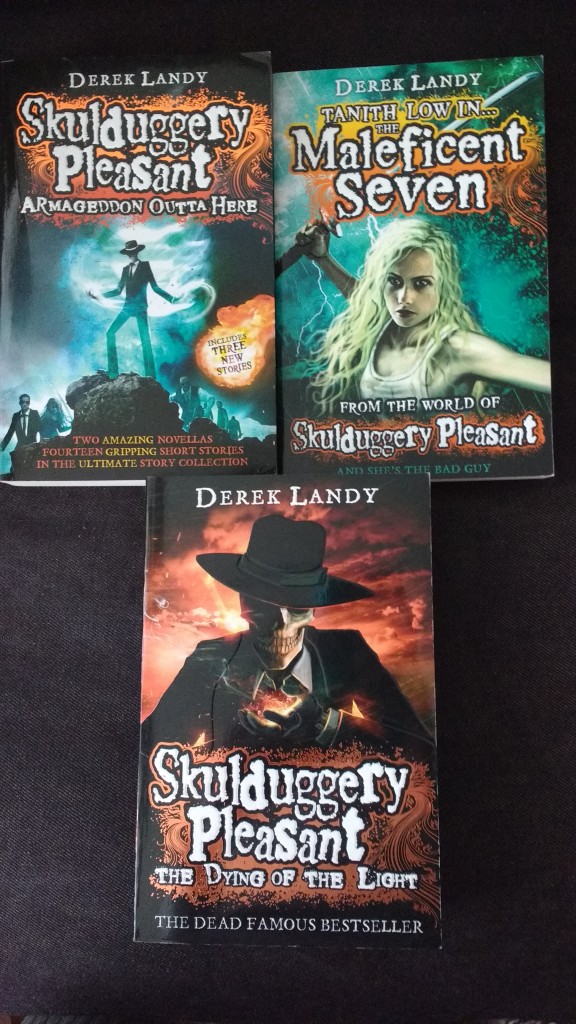 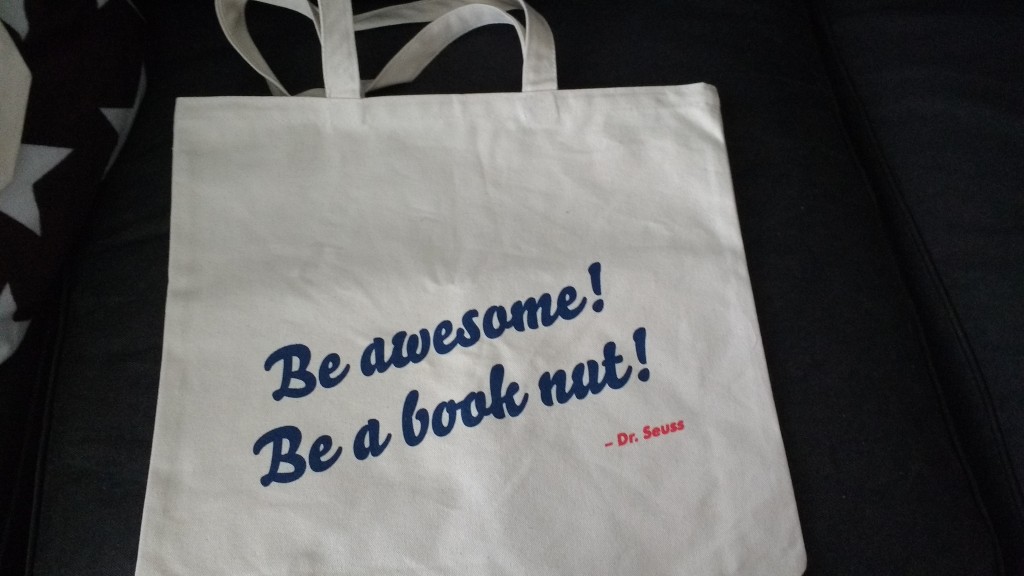 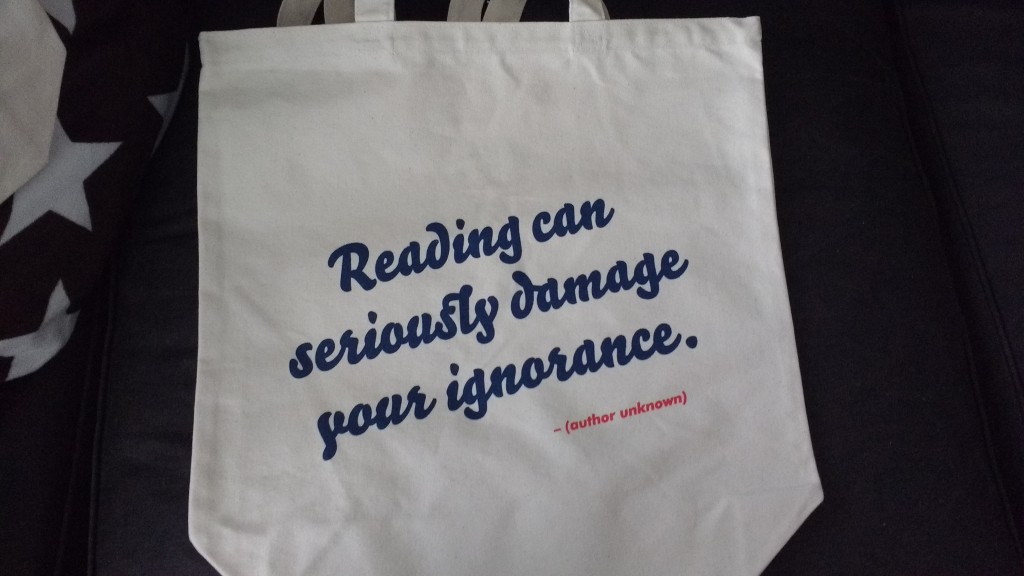 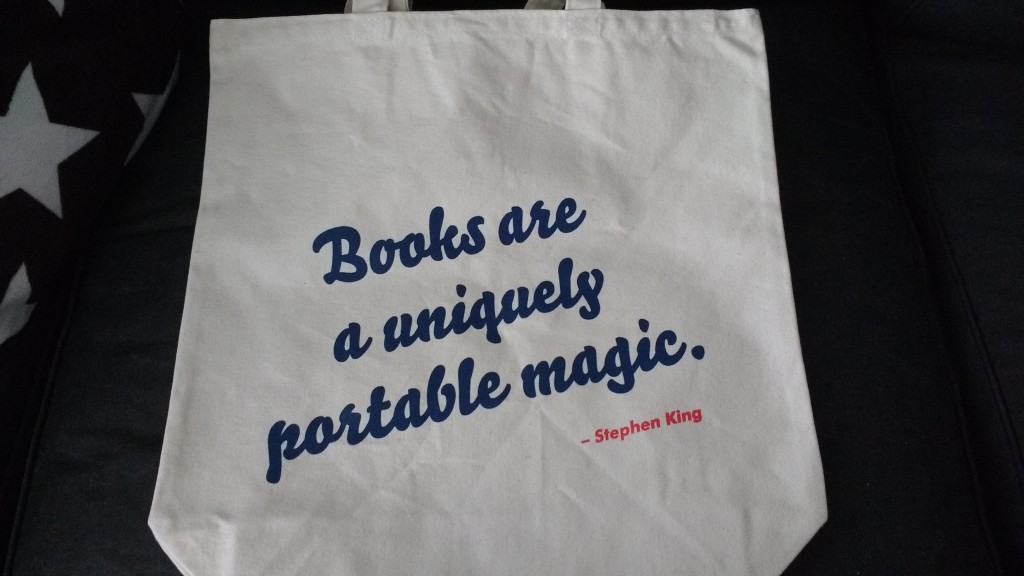