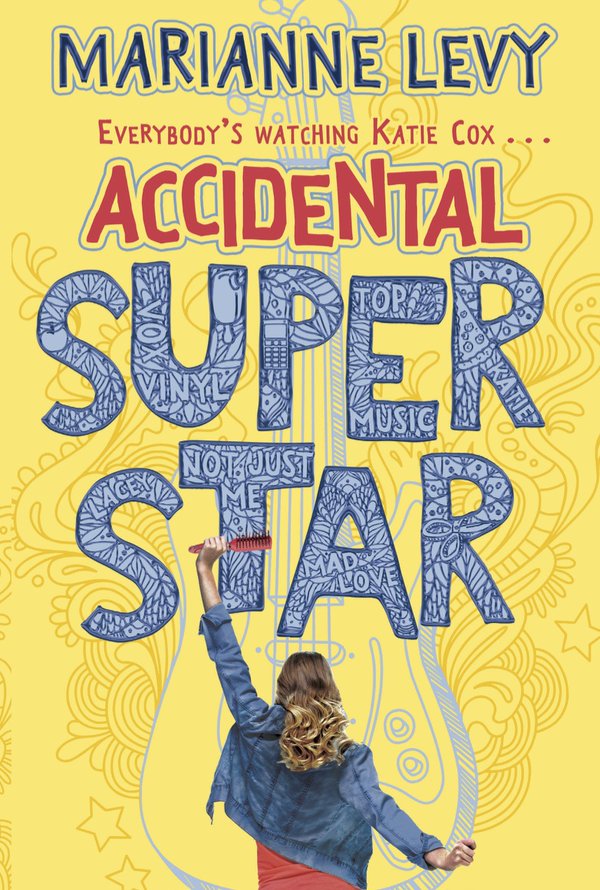 Well, this was a bit of a disappointment. This was a book that I had been looking for to read for some time, and I was super excited to finally read it when it got delivered. Sadly, it was apparently not meant to be. There were funny parts, but sadly also enough stuff that wasn’t good.

The book started off pretty fun and I liked Katie. She seemed a fun, interesting, down-to-earth girl who likes to make music, write lyrics, have fun with her best friend Lacey, and she was so normal. Not like a lot of main characters who are just perfect in each way. Oh no. Katie is all normal, 100% teenager. I loved the descriptions of her room (OMG that pizza, and how that just continued to come back throughout the story), I loved how everything seemed to spiral out of control and how Katie handled that. Poor phone though, no one deserves that.
I loved how she tried to make her life as good as it could, even if that meant navigating weird girls (Jaz, Nicole), popular girls (Savannah, Paige, that other girl), a father who apparently has moved to California and doesn’t seem to listen to his daughter that much (though is still proud when certain events happen). Even if that meant living in a home without broadband (the HORROR :P).
I also loved the typical thing teenagers do when their parents kiss/hug (though I loved the reaction of the mom to that), or when parents say certain words they apparently shouldn’t say (though I don’t see why not, but maybe that is just my age).

But after that video, after what happened to Katie, I started to dislike her. Gone was the down-to-earth girl that I liked, instead I found myself stuck with a brat who apparently thought she was just fucking perfect and wonderful. 😐
Yay, you made, well not you, but someone else, made a video and now you think you are all that. Sorry, but no you are not. Please go back to the old Katie. The Katie you might not have liked that much, but which was so much better and more fun.
I hated what she did to Adrian, though then again, I didn’t like Adrian, but I even thought this was just a new low point for anyone.

I never trusted Tony. I won’t say much more than that, but I just knew something was off.

When Adrian came into the picture, I wondered about the mom’s parenting skills. Great that you have found a new boyfriend (and you are happy with him), nice that you apparently never cared to tell your kids (or at least one of them), fun that you apparently think it is just a great and marvellous fucking idea to just move in with him in a new house…. I mean seriously, you just know him, your kids barely do, and you are just going to move in together? Like what? How in hell did you think that was a good idea? And then you didn’t even check the house. Sorry, instead of laughing my butt off at the whole wreck of an house, I was just shaking my head at the poor skills of that mother. 😐 And then all the time that Katie wanted to talk, the mom just dismissed her. And sure, Katie was a bit insufferable, but I think it is pretty sad that it took until the end for the mom to finally realize how Katie felt. Bah.

I also have to say that I never liked Lacey. Not when she first came into the spotlight, not at the end. I found her a bit too much. And a hypocrite. Oh no, I don’t want that video up, but I do want to be in your single/video when you make it professionally? What?

Jaz was a real surprise. She was a bit hit/miss, at times I found her a bit too much over the top, but in general I saw a nice girl who just wanted to be friends.

The ending was really sweet, and I was glad to see Katie like this again.

All in all though, this book was hit/miss, and I am not entirely sure I will be reading the next one. Maybe with the ending as it is, I will like Katie again, but I am not sure.