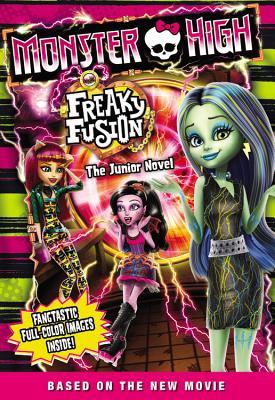 Still a good book, but certainly not the best from the books I read in this series.

I think the main culprit would be Sparky. Dear Lord, what a rotten, annoying boy that is. I can understand why he did things, but that doesn’t make them better. I hated him throughout the book, and of course also already knew who he really was (I mean, duh, it is so easy to see, the hints are everywhere). I just wanted to skip through all the Sparky stuff, but sadly I knew he would turn out to be important, so I just kept on reading. 😐

The fun parts were the new monsters we have + a new romance that is blossoming between two characters (Which seems to be the theme of all these books. New Monsters + Bad person + romance.). Neightan was awesome, though he did look a bit weird. Sorry, but really, a unicorn + zombie? Um…. were the creators out of options or something?
All the others did make more sense. A girl + centaur’s legs/horse or a ghost mermaid.
Still they were great characters, and they also brought some reality in the book and showed that Monster High truly is a place for any and all monsters.
Because even though everyone is pretty spooky, creepy, scary, you still have discrimination against those that are different (Fusions). It was interesting that such a real theme was written this way. It is not the first time that this theme pops up, but I think it was even better written in this book (and I would also say the Haunted book in this series with the Solids and the Ghosts).

This book is all about Frankie Stein and her scaritage. Her parents refuse to tell her anything about it (but later you will find out why), and she is in trouble with a teacher thanks to that.
Frankie is such a sweet, amazing character, and near the end I just cried a bit at what happened there. sniffs
Of course, as I said, there is also romance, just like every book, the main character will find her boy of dreams (generally a brand-new character).

Ah, and we also find out more about Robecca and her father. Which brought some more tears in my eyes during several moments. Awwww.

The story was really great, and I loved that for once it took place at Monster High again. I loved all the other books that had travel and such, but this one was also nice because I love Monster High.
I also loved what happened to the ghouls, it did bring them closer to each other in the end, and I think that is just so sweet. Especially some of them could really use that extra push to friendship looks at Toralei or Cleo.

All in all, this was one interesting book, but again, the addition of Sparky didn’t make it very good.

Still I would recommend it because of the backstory it gives + the cute romance.