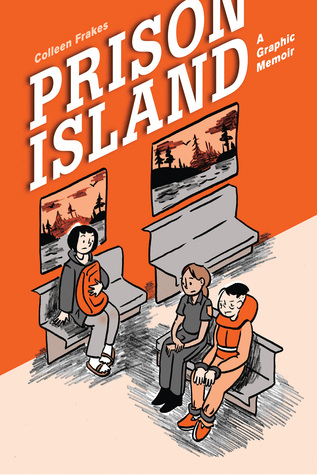 4.5 stars. Not entirely what I was hoping for/thinking this one was.

What I was thinking this would be (based on the blurb + cover) was a book about a girl who lived a big part of her youth on a prison island. About her struggles, about living life on such a place, on making friends. Starting from the beginning, until the moment they had to move again/she was moving because she was older.
Instead it was just bits and pieces here and there, hotchpotch in ages, and mostly triggered due to the island shutting down and them taking one last trip.
It was good, don’t get me wrong, but again, I expected a totally different book. I kept re-reading the blurb to make sure I had the right book/that I wasn’t missing anything. So I do have to deduce a half a star for it being totally different.

Of course, like I said, the book was still good, it was really interesting to read about her experiences on the island, to see the island itself, and see how everything looked. I can imagine that kids might get bored on the island. They couldn’t play in the forests, because it was a protected area. They couldn’t play in the ocean, because of the currents. They only could go to the park, or if they really wanted go to the mainland, though that seemed to be quite a Russian roulette of trying to get there on time to do stuff + then having to get back on time for the last boat.
It also seemed quite exciting, living on an island with inmates in a prison. Inmates who at times escape, or are unaccounted for and thus causes a lockdown.

So I did enjoy the book, it was interesting, though I wish it was a bit more in-depth. It felt a bit bare bones at times. Maybe also because of my expectations, maybe because it was truly just that.

The art was pretty decent, it is a style I see often in graphic novels, it looks quite good close-up, but when it gets to further away perspective it turns into stick-puppets, which is not really so great.

But all in all, I would recommend this one. Don’t be fooled by the blurb though.