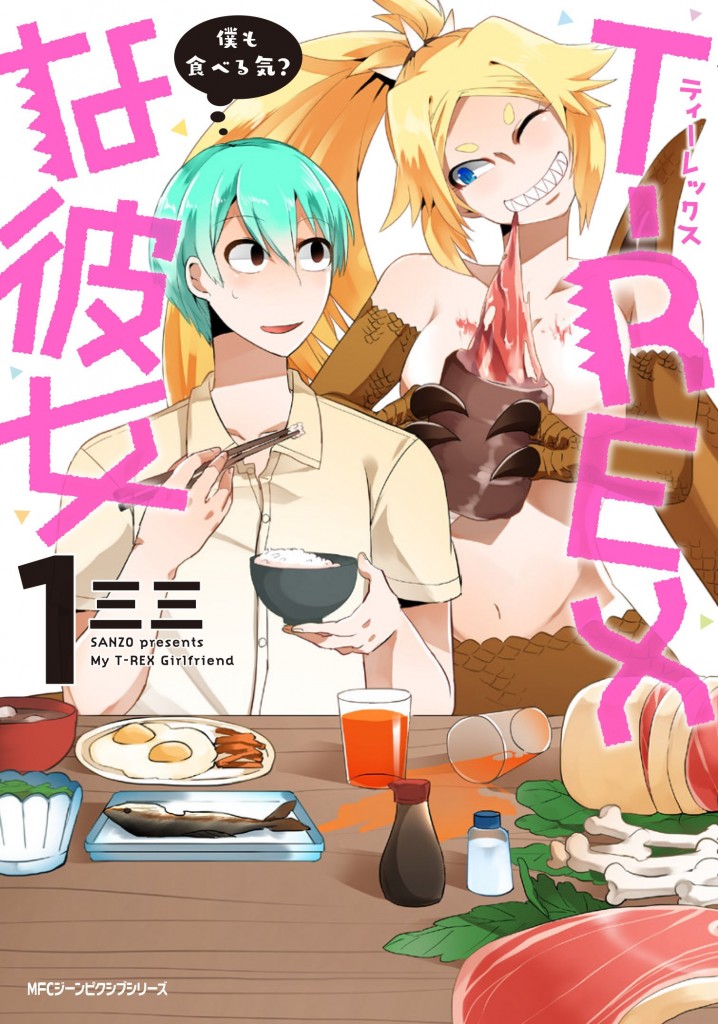 Yeah, and nope. This is one series that I am not going to continue any further.

I thought it would be fun. It didn’t have ecchi in it (unlike some other monster shows), it looked cute, I liked the idea of part dinosaur/part human characters (most of them are pretty decent, but some of them can just go back to what their dinosaur parts say to do).
But sadly it wasn’t meant to be it seems. 🙁

The humour fell flat, it was funny once to see Churio do her T-rex stuff. To see her dismiss all common sense and just whip around her tail, or eat everything. But after a few pages of the same joke over and over again… it got bland and boring. Oh yay, look Churio is being a T-rex again… Yay! waves her arms a bit to try to find some enthusiasm

Yuuma’s hidden personality was hilarious, but again, like Churio got old, quick.

And then they add another character which just annoyed the hell out of me. A character named Nowol. 😐 I thought Churio was bad, well Nowol is 100000% worse.

The art is pretty decent, though I have to say those eyes are creeping me out.

So I wouldn’t recommend this one.