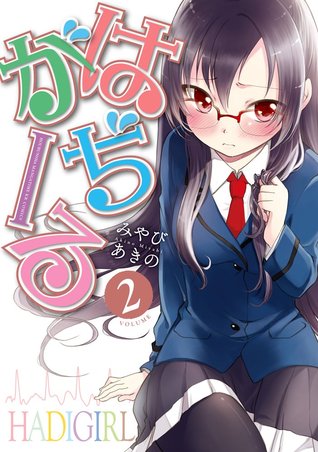 Oh my, the dere attitude continues, Sae is just adorable. Though Ryo is still an idiot.

We have new tasks on hand, and they are getting increasingly embarrassing, though still they are quite innocent. Pinky promises (continuation from the previous volume), locking eyes, getting compliments and some other things. I do wonder when the tasks evolve to more dokidoki tasks. Sure, these are also cute, given the reaction of Ryo and Sae, but I wouldn’t mind if it went a bit further. Like them having to go on dates, or holding hands while walking to school/home (I know, innocent, but this one will be a big step for Sae), or even kissing.

Because come on, everyone (well, but Sae) can see that Sae and Ryo are just a match made in heaven, and that they are totally head over heels for each other. Ryo is constantly thinking of Sae, constantly blushing, and he even asked THAT. Sae is totally denying the fact that she wants Ryo. Instead resigning herself to thinking him as a friend (lol, girl, you won’t hold that for long).
Sae is doing all the effort to be cute, tries everything (and not only because of the tasks) to make sure Ryo sees her cute new hair, or the way she dresses.
I do hope that in the next 3 volumes (there are 5 volumes in this series) their relationship will grow to be something more than just awkward (but cute) scenes and still being pretty much in a friendship zone (though like I said, anyone can see that these 2 are very much drifting (well more like flying) towards couple zone).

We also meet a new character, the sister of Ryo. She is a really nice addition, I didn’t immediately like her, but during the theme park part, she showed a really nice side, and even she can see what is happening between Sae and Ryo (can you imagine a 6-year old has more sense than those 2).

And sure at times I am a bit annoyed with Sae, I wish she would get a bit of a backbone instead of being so embarrassed all the time. And the same goes for Ryo.

I do wonder what will happen in the next volume. Sae only has 2 more hearts to go before her bracelet is full, will the egg hatch? And if so, what will the next volumes have? Hopefully lots of dokidoki moments.

The art is still pretty, I just adore how the characters are drawn, and I also like how the mangaka captured the expressions of Sae.

This was a great volume, and I would really recommend it!