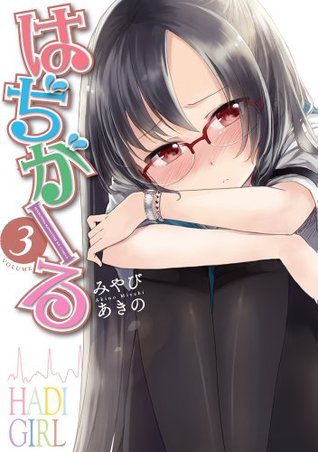 The third volume, and only 2 more to go!

I was kind of curious as to how the tasks would go. We only have two tasks left, yet there are still 2 more volumes after this third one. I was also curious about the egg, what would happen if the tasks prove to be too difficult (or embarrassing) for Sae?

The volume focusses mostly on Sae’s feelings (though she keeps denying it, it is clear as day what she thinks of Honda). It also about her embarrassment, and also the guilt that she feels. Guilt, I hear you say? Yes. Guilt. In a way she is using Honda to meet a goal, and sure, on the one hand she is kind of happy with doing them, but she also feels kind of bad about doing it to Honda, without even knowing if he has a girlfriend (yes, she is that dense, that she doesn’t get all the hints that Honda is showing).
Even though Sae’s embarrassment is a bit annoying, it is also cute, and you can see she is trying her hardest to get over stuff, to do stuff even if it is highly embarrassing. She is really brave. 🙂

The one thing I didn’t like in the volume was the love triangle. There were hints of it in the previous volume, but now it is a full-blown thing and I can tell you this: NO. Just no. I don’t mind love triangles if they are written well, but I don’t think it was done well in this one. It caused Sae to lose a lot of confidence, to be even more embarrassed.
It might also be because the second girl in the triangle is just so annoying. I don’t mind happy-go-lucky characters, but I don’t like that kind of character in this one. Just go away, get the hint. Move. Shoo shoo. 😐

I have to give extra love to Sae’s best friend. Who is so cute, and who helps out Sae so much with stuff regarding Honda, or with her feelings. I also hope that her romance will work out, she and that guy really fit together, and it would be wonderful if they would become a couple. 😀

The manga volume ends (no surprise) on a cliffhanger. Man, I hate those. I get that they are added for extra excitement, but I don’t need that.

The art was great, it really gets better with each volume (I just love when that happens in manga).