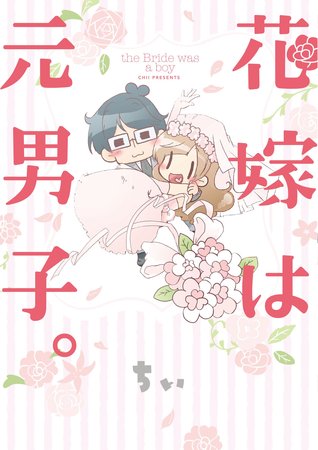 This was an amazing auto-biographic manga about a woman who used to be a guy. She went through transitioning, sex change, and more.

How she met her husband when she was still a guy (though she dressed as a woman/acted like woman). His reaction was totally unexpected, he was really sweet about it, and I was just aww-ing so much during that scene. And he also proved that he meant all he said.
She really found her soul mate with her husband, he is sweet, kind, is there for her when she needs him, but also will stand away if she needs space.

I loved that we also found out more about her, not only about her and her boyfriend/husband, but also how her life before that time was. How she grew up, how she came out (to her parents/sister/brother), and so much more.

It switches between her life story to parts with questions about sexuality and information about transitioning, LGBT, and various other important information. I haven’t seen a manga like this one, it is amazing to see such an important story be told in this medium. It also shows how this kind of subject is handled in her country, Japan. How marriage works if you are trying to change, how various other things work in her country, it was really informative, and still pretty recent. Though I do hope that things will change in Japan so that people like this woman have an easier time.

Also, I cried at times. Really, at times it was just hardbreaking, or just so sweet that I just had tears running down my face.

The art was pretty great, I really liked the style of it. It gave a bit of light-heartedness to the difficult and heavy subject.

All in all, I would highly recommend this book to everyone.