Well this sounded, and also looked better than it actually was. 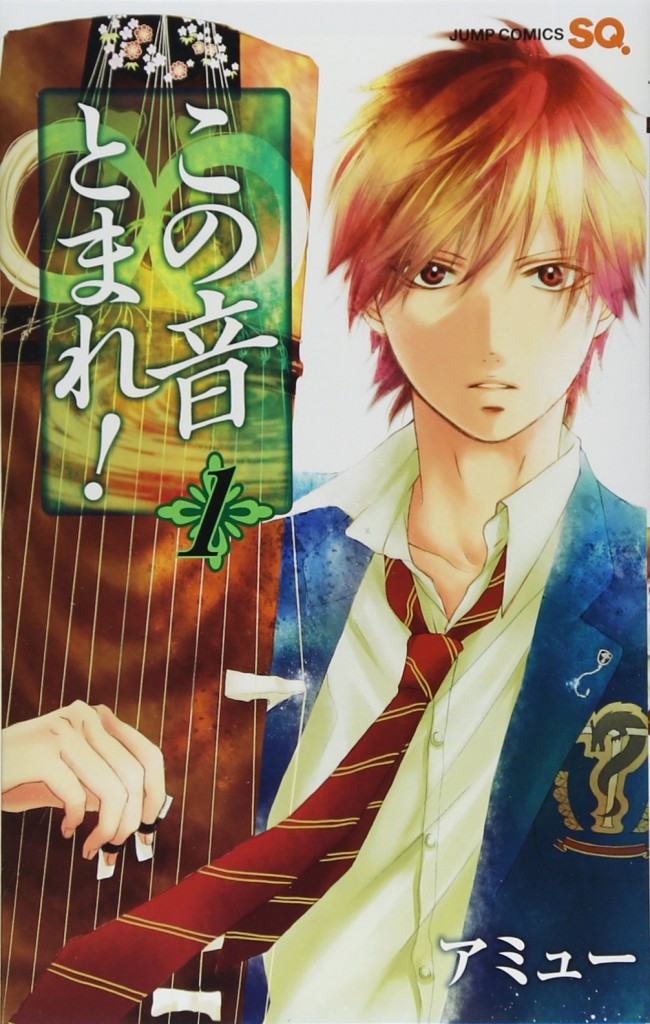 Since I already suppressed and forgotten all the names of the characters I will hereby call them: Pushover Glasses Guy, Deliquent, but Yummy Guy, Annoying Bitch Tsundere. As you can see, I am not happy with any of the characters.

The idea is fun though, a Koto club, needing members now that the seniors have graduated and moved on to other schools. But after that? Sorry, no. I was expected our Pushover Glasses Guy to be epic in Koto, but in fact he sucks. Really, really sucks. And sure, he hasn’t had a chance to study it because of his clubroom being taken over, but this is just nope. How did they ever get so far if he is that suckish? Or well, it explains why they didn’t get to the nationals at all. 😐
Pushover dude is also an enormous magnet for trouble, and he is boring as hell. 😐 I was so annoyed with how he just let everyone and everything push him over and just do nothing. And yes, he did stand up in one part, but generally he is just standing there and whining, and crying, and thinking of the good old jolly times.
I could go on, but I will leave it at that for this guy.

Then we have mister Delinquent who was quite hot, and also kind of nice, if he keeps his attitude and his aggression in check. He was by far my favourite character, but also still so bad that I still forgot his name. At least he has some redeeming qualities.

Then we have the Bitchy Tsundere. Dear Lord. What the FUCK is wrong with this girl. I am so sorry, but her attitude, the way she did things, the way she treated those who weren’t worthy (aka everyone) of her, was just disgusting and horrendous, and with her coming, the whole manga went to the freaking hell pits of doom and fire. 😐

And then that ending to this manga. Urgh. It seems that Koto club is cursed or something. Man, does anything every go right?

The only thing I did like was the art. And I kept reading this volume because I kept hoping something magically fun would happen. Spoiler: It Didn’t. 😐

Bah, bah and bah. This book frustrated me so, that even though I already wrote several reviews today + I am sick, I just needed to write my feelings out in a review. It was just bubbling and bursting out of me.

Don’t read this one. Just skip it, and go to other more fun music manga. I would even recommend K-on (and I hated that one).

One thought on “Review for Kono Oto Tomare Vol.1”