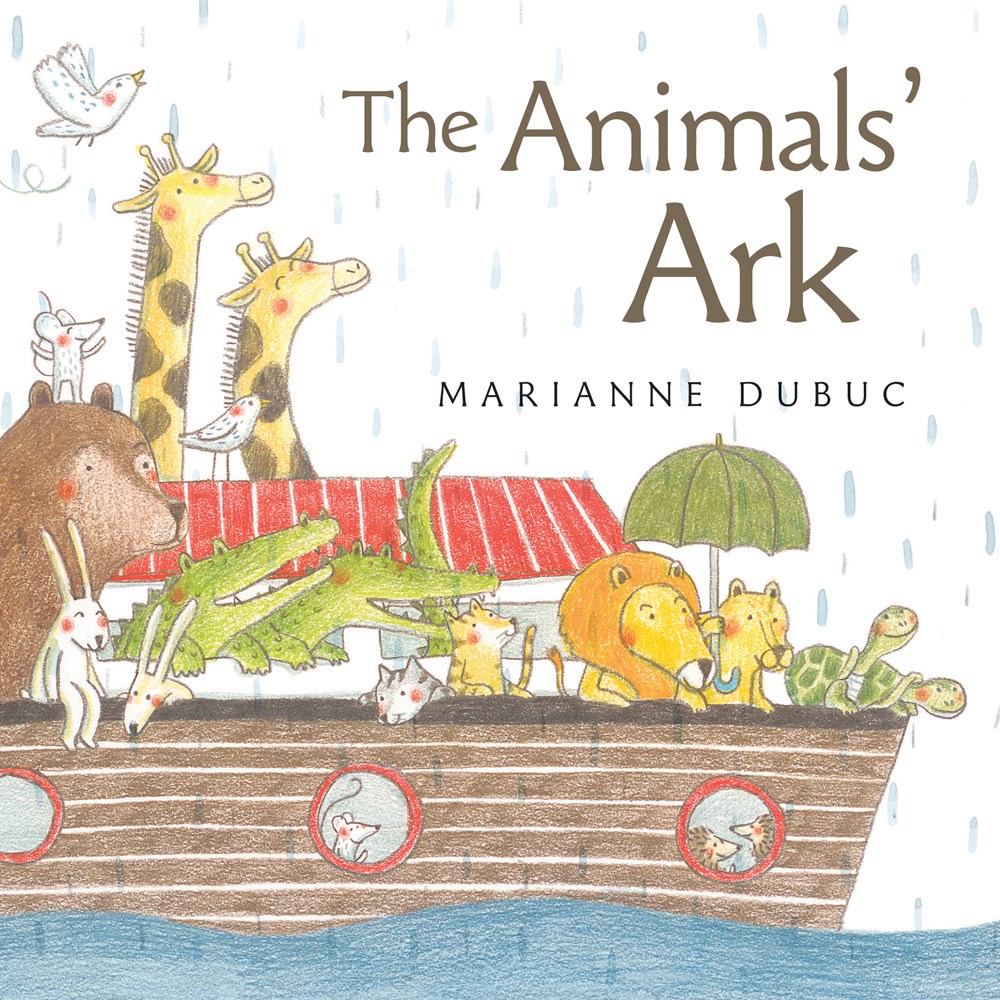 I was attracted to this book because of the whole Noah’s ark story only then from the animal’s side. However, I do have to state, while it is from the animals’ POV, there are quite a few changes to the story.
For instance:
1) The animals are found by Noah when the water is already so high the boat can float/move (instead of him/his family/followers finding 2 of each kind of animal before the flood/rain starts).
2) Some of the animals are 2 of each kind, but there are quite a few loners.
3) Noah’s family is missing.
4) The ending.

However, I didn’t mind it that much, it is a shame that so much was changed, but it was charming to see the flood/travel in the boat through the animals eyes. To see them get along at first, but then later getting more and more agitated by each other’s presence (which I can understand, though then again there were way more animals/humans on that boat in the original).
I also really liked how the various animals got along. Sure, the predators were a bit hungry, and wanted to eat their prey, but they didn’t do that. 🙂

The ending was cute, but I was sad that it was changed (I love the original Noah’s Ark story). Still yay, for the animals! Hopefully they will be happy on that piece of land.

The art was pretty good, I liked how it looked. At times a bit childish, but generally pretty decent and fun to look at. I also like the various materials used to draw the animals (the rain seems to be done with paint, while the animals seemed done with pencils).

All in all though, this was a cute fun story and I enjoyed that it was from the animals’ POV. And I would also recommend it to everyone.