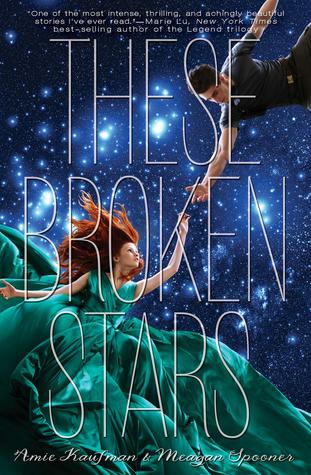 Let me just say that I expected better. The book has rave reviews, everyone seems to love it. And sure, I did like it (see the 4 stars), but there were just quite a few things that I didn’t like.

Though I guess, all those little things could be summed up to one big one, Lilac. Dear Lord in all Heavens, she was so annoying, so spoiled, so bleh. Even later on, she just didn’t even want to show her true feelings, instead hiding behind a façade again!
And yes, I know why she was hiding her feelings, because, yes, ladies and gentlemen, this woman is afraid of her daddy. And sure, he did some shitty things that weren’t nice, some things that were terrible, but girl? That is no reason to treat everyone as shit.
Tarver just tries to help you out, and what do you do? Walk around like a fucking princess. OMG my heels! OMG my dress! Oh yes, your poor poor dress, your poor poor designer shoes. Oh noes, whatever shall we do? Apocalypse now?
For a big part of the book she is just acting like a spoiled little princess. Again, yes, I know what her dad did, but again, no reason for her to act like this.
There were also parts that were just unbelievable. She is afraid of rain, I just rolled off my bed when I read that. Wow…. rain, yes the silent killer. OHHHhhhhhhhh insert waving arms and scary noises
Add to that the stupid stuff she did (explosions anyone?).
And sure she had a few good things. But mostly? Nope, nope and nope. Her POV was the one I dreaded to read.

Thankfully we have Tarver, or Trevor as I called him (Tarver just didn’t make sense, and my head immediately went to make it Trevor). He was amazing. Witty, smart, funny, charming, sweet. He did everything for Lilac, even though she was (for most) an ungrateful wench. He cared so much for her, he would walk through fire and back for her.
I loved how he immediately made a plan when they crashed, immediately took charge and tried to help. How he found food, how he wasn’t afraid to do things.
Trevor (sorry, I am just going to call him that from now on) was amazing. His POV (and also the POV when he is interviewed) were the best ones in the book. I looked forward to hearing his voice again, to seeing him do everything he could.
And sure, at times, he was a bit grumpy, but then again, everyone would with such an idiotic girl following you.

I also loved the romance, the planet and the figuring out what was wrong with it, the whispers, the exploring, the ending. There were a few moments that teared me up. Enough reasons to rate this a 4 stars. It is just a shame that Lilac was just so terrible. 🙁

The cover is also amazing! I just love how it looks.

Will I be reading the other books in this series? I am not sure yet. They do sound nice, but I am hesitant to read them. I don’t want yet another Dual POV with one character to dislike.